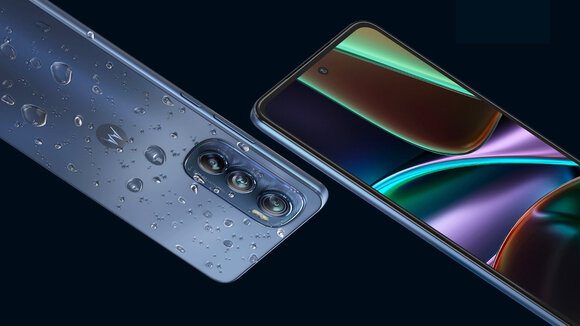 Everything You Need To Know About The Motorola Edge 30 Ultra

The recent announcement from Motorola of their three new Edge phones made quite a stir. Most of the buzz is down to how slick they are for the price: the Edge 30 Neo is the line’s budget model coming in at £349, while the Edge 30 Ultra is the high end model at £750.

The Edge 30 Fusion lands somewhere between the two in all aspects, including the price, at £499. As the name of the Fusion model suggests, it fuses together aspects of both the Ultra and the Neo – like fast charging, a solid camera and a smooth-running Android system – in a middleweight phone with a unique faux-leather look.

But it’s the affordable Motorola Edge 30 Ultra that’s the big hitter, and the model that’s gaining the most attention out of the three. Let’s take a look at why.

Although the design of any phone might start with the visual, with the Edge 30 Ultra you really appreciate the design when you pick it up; it feels weighty and durable, and the 6.67” smooth curved screen and rounded sides make it a joy to hold. The frosted glass of the screen and the sand blasted aluminium of the case come together to give this phone an expensive look that goes way beyond its price tag. In fact, the ‘Endless Edge’ screen seems to meld with the frame, as one, making it sleek to the touch. You can also test out that Endless Edge as much as you like, as the Gorilla Glass 5 gives better protection against finger marks and smudges. The in-display fingerprint sensor is an upgrade from previous Motorola models, though some might find its positioning near the bottom of the screen a little awkward.

The camera on the Edge 30 Ultra is the feature that’s making all the headlines. And that’s because it has a huge 200MP sensor – the biggest of any Motorola phone yet. It comes with optical image stabilisation, giving you more detailed photos, and also very sharp videos at 8k. The rear camera has another two lenses for the perfect shot. The ultra-wide lens is 50MP and has macro auto focus, giving you some great close up shots that will look ace on your socials. And there’s also a 12MP telephoto shutter that deals very well with portraits. Flip the phone around, and the selfie camera is 60MP, which is decent for a front facer. All in all, you’re getting a high-tech camera for the price of a budget phone.

Motorola chose a slightly smaller battery for the Edge 30 Ultra than for their previous model the Edge 30 Pro – arguably to keep costs down ­– but you still get enough juice in this new model for a full day of charge. The 4610mAH battery can effortlessly handle around 13 hours before you need to think about charging. But it won’t take long to re-energise: the 125W fast charge claims to go from zero to 50% charge in just nine minutes – that’s pretty impressive! At that speed you’ll get to full charge in around 20 minutes. The Ultra 30 Edge also comes with wireless charging up to 50W and can reverse charge other devices wirelessly up to 10W.

Snapdragon’s newest processor, the 8+ Gen 1, gives a fast performance that means you can run apps as freely as you like and there’ll be no lag. In fact, it’ll be a challenge to find any other Android phone that can outperform the Edge 30 Ultra on speed. This means it could be easily considered a gaming phone. Choose between 8GB or 12GB of RAM and 128GB, 256GB and 512GB of storage. In a serious step forward, Motorola have promised three Android OS updates and four years of security patches, so if you buy one you know you’re covered. It’s dust and water resistant, but don’t go immersing the phone in water as it won’t withstand a long dunking.

The Motorola Edge 30 Ultra comes in Interstellar Black and Starlight White. This model, and its companion handsets, are available now. The Edge 30 Ultra is priced at £750, which is incredibly reasonable when you consider its capabilities, its design, and most of all, it’s mightily impressive camera. Is it time to say hello Moto?

If you’re looking to insure a new phone, whatever the model, Switched On’s award winning, feature packed policies offer affordable protection for total peace of mind. You can select from three levels of cover and all policies offer 24/7 online claims, immediate cover and fast repairs and replacements. Find out more here.