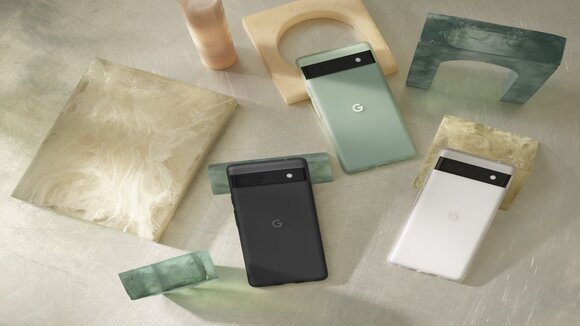 All You Need To Know About The Google Pixel 6a

Not even a game-changing tech company can rest on its laurels when it comes to the competitive phone market. Facing stiff competition from Apple, Samsung, OnePlus et al, Google aims to keep its decent standing with its new budget-friendly Pixel 6a. Announced at its I/O developer conference, it follows the company’s usual path of releasing the more affordable version of its flagship phone a few months after that’s been unleashed to the world. And while the Pixel 5a never made it to most territories because of supply issues, it looks as if the 6a will be widely available – and at just £399.

For this budget-friendly price, you’re getting a similar experience to the flagship model, just with some compromises in features – arguably worth it for the pay off in affordability. Google proudly boast this is the greatest smartphone they’ve ever produced at this price, but to help you be the judge of that, here’s everything you need to know about this much-anticipated phone.

As this is the cheaper version of the flagship, you can’t expect a high-end camera. There are two rear lenses: the main one at 12.2MP f/1.7 (compared to Pixel 6’s 50MP lens) and the 12MP f/2 ultra-wide. This is the same spec found on the Pixel 5. The camera on the Google Pixel 6a retains most of the digital functions of the Pixel 6, including magic eraser and face unblur, making it a solid camera on a budget phone. It’s worth noting that what this phone compromises on with its camera, it more than makes up for in other areas.

The Pixel 6a has a 4410 mAh battery, a fair amount less than the Pixel 6’s 5000mAh. But with its smaller display, you can expect to get a regular 24 hours out of the Google Pixel 6a, and with Extreme Battery saver turned on, this will increase to 72 hours – perfect for weekends away or days out when you’re relying on your phone. Just like the Pixel 5a, fast charging is 18W– which is significantly less than 30w of the Pixel 6.

The Google Pixel 6a is a smart looking smartphone, arriving in three colours: charcoal, chalk and sage green – which we reckon is especially chic. It has a 6.1” AMOLED display with FHD resolution, which is fairly compact by modern mobile standards, but still ideal for scrolling TikToks and playing games. It has a Gorilla Glass 3 exterior, so tough enough to withstand a few tumbles. Perhaps the stand out feature on the Pixel 6a is the under-display fingerprint sensor. Not only does this mean you don’t have to use a mounted sensor, it also promises to be a faster sensor experience to the Pixel 6 – and it’s not often the budget version beats the flagship. There’s no headphone jack, but that’s only to be expected with most phones. And anyway, who doesn’t want a pair of Google Pixel buds?

The biggest upgrade from the Pixel 5 generation is Google’s Tensor chip with built-in 5G, which is the same as the Pixel 6. It has 6GB of RAM (compared to the Pixel 6’s 8GB) and 128GB of storage. Google promises three years of software updates, and this includes moving from the current Android 12 to the all-new Android 13. Google are also committing to five years of security updates, which is excellent news. The Pixel 6a can easily deal with dust and you’re safe for up to one metre of water immersion.

This phone is extremely good value, at around £399, which is a significant amount less than the Pixel 6 at £599. Pre-orders are being taken from 21 July and the phone will be available to buy on 28 July.

If you’re looking to protect your new mobile, Switched On’s highly rated Phone Insurance offers comprehensive cover that’s packed with features including immediate cover, 24/7 online claims, and fast repairs and replacements. Plus if you take out an annual policy to cover your phone or gadget, you’ll get 2 months free! Find out more here.