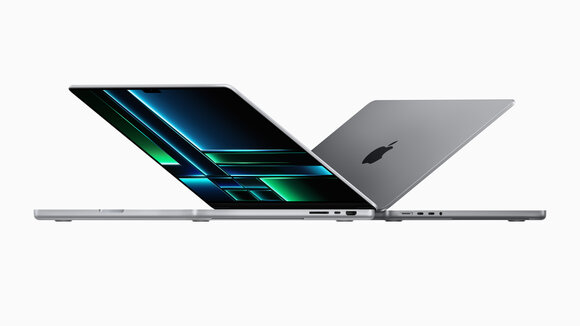 With tech continuing to develop leaps and bounds, Apple have started 2023 as it means to go on, with major developments in its home computing realm. This week sees the much-anticipated launch of its new versions of the MacBook Pro and the Mac mini. The headline news? Amongst the upgrades, both now employ M2 Pro and M2 Max chips for the fastest computing yet.

It’s led to some cutting-edge improvements, like the ability to support 8K videos and Wi-Fi 6e – a new version of wi-fi that allows speedy and more consistent connections.

On sale today (24 January), here’s a closer look at what the new Apple computers have to offer.

It’s a technology eternity since the MacBook releases were given an upgrade – it was way back last summer, when Apple unveiled the M2 MacBook Air and the M2 MacBook Pro. For the 2023 iteration, we now have a 14-inch and 16-inch MacBook Pro, and they both come with either the M2 Pro chip or the M2 Max chip.

What do the M2 upgrades actually mean? Mostly, it means faster processing (like, up to six times quicker) and smoother operations, excellent performance, and a more efficient battery. Even between the two new chips, there’s a big difference: the M2 Max has double the memory bandwidth of the M2 Pro, and is better at media playback – in fact it can play 10 streams of 8K video without complaining – an impressive feat indeed. This matters in a media-heavy world where streaming, gaming and giant files are now daily occurrences.

When it comes to its other features, both the 14-inch and 16-inch come with Liquid Retina XDR display, a 1080p FaceTime HD camera, six-speaker sound system, and studio-quality mics, a HDMI port, a SDXC card slot, a headphone jack, a Magic Keyboard with Touch ID, and a Force Touch trackpad.

The new MacBook Pros also support Wi-Fi 6E, which means they’re up to twice as fast as the previous generation. The 2023 MacBook Pro also has 8TB maximum configurable storage in comparison to 2022’s 2TB.

There are some downsides to this new tech, however. Last year’s MacBook Pro was 1.4kg while this year’s 16-inch is 2.15kg, which will affect its portability –a big issue when hybrid working is taking off. And this year’s model misses out on a FaceTime HD camera, Touch ID and the Touch Bar.

The Mac Mini ­­­– Apple’s desktop hard drive to which you can plug in your existing or a new display screen, mouse, and keyboard – has also been given an M2 shake-up, having used the M1 chip since 2020. It’s just one step behind the MacBooks as it uses the M2 and M2 Pro chip, leaving the M2 Max for a future model.

This means a more powerful engine and smoother experience on your favourite apps, websites and tools. Reports have it that compared to the M1, the M2 Pro delivers up to two and a half times faster graphics performance in Affinity Photo, over four times faster ProRed transcode in Final Cut Pro, and almost three times faster gameplay in Resident Evil Village.

And the good news is that they’re on sale from today (Tuesday 24 January)!

If you’re looking to insure your MacBook or Mac mini, or any type of gadget, Switched On Insurance offers feature packed cover including 24/7 online claims, fast repairs and replacements and immediate, cancel anytime cover.  Plus if take out annual cover you get two months free! Find out more here.