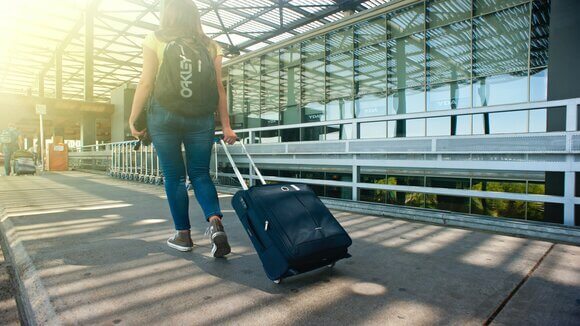 A new year, a new 12 months to fill with adventures and relaxing getaways. As the travel industry gets back on its feet in this post-pandemic world, it’s becoming clear that there’s been a few changes on how, where and when we travel, which might help us decide the specifics of our next break.

Societal shifts like remote working and modern technology are altering parts of the travel business, as well as the expectations of travellers. It means much of the barriers to travel – from the rigmarole of getting a visa to the constraint of annual leave – are becoming less of a problem. Instead, the cost of holidaying is more important than ever – and that looks set to continue as we’re loathed to give up our international holidays even with a cost of living crisis. With a little help from industry-wide surveys and data, here are the travel trends of 2023.

Understandably, some travellers were a little hesitant to return to travel after Covid constraints were lifted, but now it seems we’re all much more confident about travelling abroad. The Travel Trends report of price comparison site Skyscanner, which conducts an extensive global survey, shows one in three are thinking of going on more trips this year than last. All indications are that value for money is going to be a huge priority for us, meaning that less expensive countries like Estonia, Georgia and Croatia will fare better than pricey ones – especially the States, where currently we get less dollars for pounds than in previous years.

Tech is being embraced

In the last few years, the digitalisation of…well, everything has certainly helped the travel industry. Since it was a much easier to sort the Covid documentation kerfuffle online, even the most analogue people got in the swing of technological things. So now, there’s the feeling that as a cohort, travellers are more comfortable with sharing information and data in order to get the benefits of a quick and smooth process. For example, the recent Global Passenger Survey from industry body International Air Transport Association (IATA) found that three in four of us would prefer using biometric data instead of passports and boarding passes, and half of us have used electronic tags to keep track of our luggage.

There once was a time where the bargain-hunters among us could wait until near the time of our holidays to book and grab a last-minute deal in the process. But it’s important to note – especially as more of us are looking to squeeze every last bit of value out of our trips – that this strategy no longer works. Because the airline industry is still ramping back up, seats on planes are a limiting factor. That means that they’re generally going to be pricey at any time, and because they’re likely to sell out, they’ll only get more expensive as the departure date approaches. In areas that have a limited supply of hotels, the same applies. The IATA survey discovered that in 2019, travellers booked hotels for their staycation about six weeks in advance, but now we’re booking another two weeks earlier. For flights, we booked an average of two months in advance, but now it’s two months and three weeks. So if you want to grab a cheap deal, book as early as possible.

City breaks are bouncing back

When it comes to where in the world we’ll travel, we’re eyeing up cities more than ever. The capital cities of Edinburgh, Lisbon and Tokyo took up a third of Expedia’s top 10 destination list, suggesting that any hope of the easing of ‘overtourism’ is yet to happen. A city break ties in nicely with the broader trends for no-frills and more frequent travels. It also mean we get to indulge in whatever our interests are, from museums to cuisine to concerts.

Now that remote working is allowed by many organisations, we’re realising we don’t have to be stuck to the desk in an identikit office to do our best work – we can travel to warmer and sunnier climes, pull out our laptop during the day, and spend the evenings exploring our new temporary home. Skyscanner’s survey found that one in six people plan to work while on holiday in 2023. 55% say it’s in order to spend more time at a destination, and 51% say it’s so they can fly out at quieter times. For those who want to make it a more permanent thing, we’re seeing countries respond to this new type of traveller by introducing new visas. These allow non-residents to stay and work from the country for a long period, usually six months or a year. Tempted?

Wherever you plan to head this year make sure to pack a Switched On Travel Insurance policy for total peace of mind. We offer a range of cover so you can pick the right protection for your needs. Find out more here.