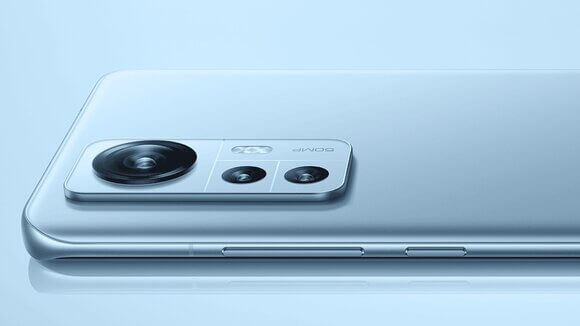 All You Need To Know About The Xiaomi 12

Android fans assemble: there’s a new value-for-money phone coming out that’s set to rival the likes of the upcoming Samsung Galaxy S22 and the OnePlus 10 – it’s the Xiaomi 12.

One of the biggest phone manufacturers in the world despite not being sold in the States, Xiaomi recently announced the models in the range as the 12, an upgraded version in the 12 Pro, and the more affordable 12X – although that’s unlikely to be sold outside of China. There are also rumours of a game-changing 12 Ultra in the offing, but that will only be confirmed later in the year.

It’s the first range of Xiaomi phones that drop its name of ‘Mi’ – a change designed to “unify our global brand presence and close the perception gap between the brand and its products”, they say.

So why is it set to be a big-hitter in the phone market? Let’s find out the competitive features that come with the Xiaomi 12.

For the 12, the main lens is a 50Mp Sony IMX766. It gives lower resolution than the Mi 11’s main camera, but as the global market have yet to get their hands on it, we don’t yet know what actual difference that will make to the picture quality. The additional lenses are a 13Mp ultrawide lens, and a telemacro lens – so, it’s along the lines of the Mi11.

Similar to the Mi11 Ultra, the Pro version has an ultrawide and telephoto lens, while its main lens, also 50Mp, uses the very latest Sony IMX707 sensor. It all means that the 12 range looks capable of delivering some top pics in a number of scenarios.

The company haven’t released much information on how long the battery is expected to last in each of its phones, but we do know its battery size and charging time. In the 12, the battery is an impressive 4500mAh – significantly bigger than the iPhone 13’s 3227mAh. The charging speed of 67W, or 50W for wireless charging, and 10W when reverse wireless charging. For the Pro, the battery size is just a bit bigger at 4600mAh, and the only other difference is that it charges at a rapid 120W – the same speed as in the Xiaomi 11T Pro.

The big news is that the 12 is going with the trend of phones getting smaller, having realised that those without a giant-like stature struggled to use phones one-handed. It’s a petite 6.28in screen, while the 12 Pro has a 6.73in display. The Pro also has a get-your-sunglasses brightness level of 1500 nits, much more than the 12’s 11nit maximum. The Pro also has a dynamic refresh rate, which makes for smooth yet battery efficient playback. Otherwise in visual design, the phones look the same, and come in black, blue, pink, and a green faux-leather colour.

There’s a big leap forward for both the 12 and the 12 Pro – both are powered by the newest Snapdragon 8 Gen 1 chipset. Xiaomi aimed to be the first to use this piece of tech but were pipped at the post by Motorola’s Moto Edge X30. Both models support an in-display fingerprint scanner, use Gorilla Glass Victus to keep it sturdy, and come with either 8 or 12GB of RAM, and 128 or 256GB storage.

The sad news is that we’ll have to wait a little longer before we can get our mitts on this gadget – the global launch is predicted to take place at Mobile World Congress 2022 at the end of February. It’s tricky to tell what the 12 and 12 Pro’s retail cost will be as the only prices they’ve given so far are for the Chinese market, but comparing with previous ranges, we might expect the range to start at £749.

If the Ultra version is released, that’s likely to come in the second quarter of the year. If the rumours turn out to be true, it could be a game changer. It’s believed to have the world’s first 200Mp main camera, and a superfast charging speed that can fully charge a 4000mAh battery is just eight minutes. We’ll have to be patient, but all will be revealed in the coming weeks.

Switched On’s award winning mobile phone insurance is pack full of features including immediate cover, 24/7 online claims and fast repairs and replacements. And if you plump for an annual policy, you’ll get 2 months FREE! Find our more here.