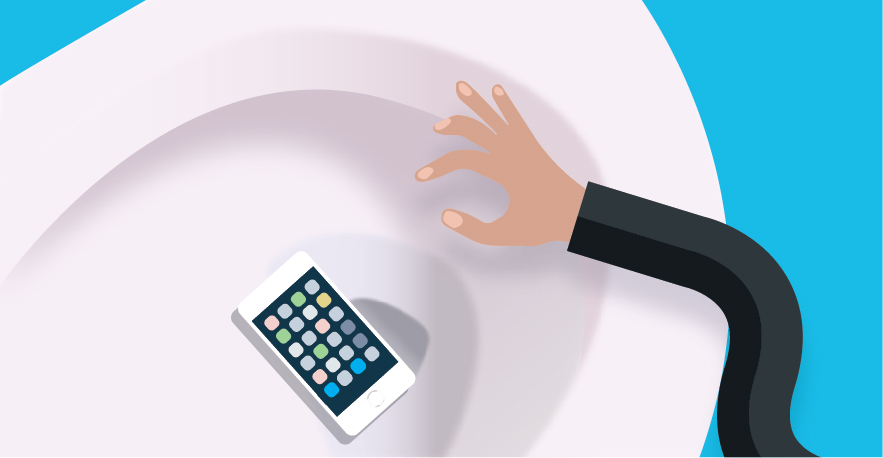 We Brits love our technology. Unfortunately, we’re not so great at keeping our gadgets in one piece! Regularly glued to our devices, accidents are all too common when we’re out and about. Distracted by texts and selfies, we’re regularly bumping into other people and things. If you think your gadgets stand a better chance of survival at home, you’d be wrong. Our independent survey has revealed that even in the confines of our homes and gardens, our precious devices aren’t safe.

28% of British parents have had a child drop their phone

If you put your mobile down within reach of your kids, it’s only a matter of time before they pick it up. Unfortunately, it seems our little angels are prone to having butterfingers! A whopping 28% of mums and dads said that their child had at some point dropped their smartphone, causing damage.

It’s not just phones, though. Tablets, laptops and cameras are also victim to clumsy kids. In total, 62% of British parents have had their gadget damaged by a child dropping it.

Grandparents suffer as well, with their smartphones and tablets being at particular risk from their grandkids’ mishaps. 18% said their smartphone had been dropped and damaged by a grandchild, and 11% had their tablet damaged the same way.

20% of Brits have had a pet chew their gadget

It’s no secret that Brits are big fans of pets. We simply can’t get enough of their cuteness, companionship and unconditional love. However, we could probably live without the mayhem their sharp gnashers and beaks can cause. 20% of pet owners have been victim to their furry or feathery friend damaging an electronic device by chewing it.

18% of Brits have dropped their phone in the loo

One of the most unfortunate domestic mishaps has got to be dropping your phone in the loo. In our survey, 18% admitted they’d dropped their mobile in the toilet. While some devices escaped unscathed, 10% of them were damaged.

We either get wiser with age or simply don’t keep our phones with us as much because the most prolific loo-droppers are 18 to 34-year-olds. This age bracket accounted for 34% of loo-dropping. In contrast, only 5% were aged over 55.

While it may be a little unnerving that 18% of us face this unsavoury disaster, the real figures could be much higher. After all, you might not want to confess to such a thing!

Many of us have a hectic morning routine. Getting washed, dressed and out the door can be a whirlwind, especially when we’re bleary-eyed. It can be even more chaotic if there are kids and pets to sort out too. That’s why 9% say they’ve driven off with their phone on the roof of the car! Men are more prone to this mishap as 13% of males have done it compared to only 5% of females.