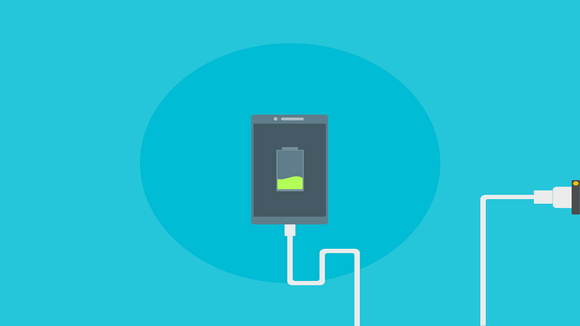 Phones With The Best Battery Life

Isn’t it ace, living in today’s world, where our phones have everything from snazzy cameras, to constantly-refreshing social media apps, to super-fast download speeds. But all that hard work can be draining on the battery – which is annoying as we can’t do all that cool stuff while the phone is tethered to a charger. So it’s understandable that heavy phone users place so much importance on a phone model’s battery.

Battery life is measured in mAh (milliamp hour), and the higher it is, the more power it can hold. There are a number of things that can affect how long your battery lasts too, including streaming video content for long periods of time, having 4G or 5G data turned on, or even how often your handset is exposed to different temperatures.

To help you choose the best product for you, here are our favourite phones with the most juice to drain.

Often touted as the best in class for battery life – and very much beating every model Samsung has put out before or after – is the Galaxy M31. It packs a power punch with a 6,000mAh battery, and under strenuous testing lasted for 30 hours and 20 minutes, beating its nearest competitor (the now defunct Lenovo P2) by 90 whole minutes. What users haven’t got is speedy charging, so you’ll need to compromise on that with this model.

The G9 Power really does what it says on the tin, with a huge 6,000mAh battery and, Motorola claims, enough juice to last up to 60 hours on just one charge. In real life, it might not be quite so impressive, though testers did manage to squeeze an impressive 26 hours and 51 minutes out of it as they played a looped video with all the data connections switched on. And that’s no mean feat.

The Asus takes some beating, with a 6,000mAh battery and superfast 65W charging, which means it takes about 30 minutes to get your phone back up to around 70% of power when you need to. It’s also one of the fastest Android phones, with an array of customisable options and accessories for gamers, including controllers and even a dock so you can hook it up to a monitor.

One of the top models for battery life is the Moto G Power, which boasts a whopping 5000mAh of battery – around 14 hours in real time. It might not be as sleek or exciting as the latest Samsung or iPhone, but it’s a budget-friendly option that features a decent-sized screen and won’t leave you reaching for a charger every few minutes. In fact, some tests indicate it can last for as many as three days if used on general tasks.

The new Samsung model has a decent sized battery at 5,000mAh – the same size as its predecessor, the Galaxy S21 Ultra. But when tested, it doesn’t quite exceed the battery life of the 2021 model, despite having a more dynamic display. It can be improved by dialling down the 120Hz display to 1Hz. Even if you don’t, you still get 10 hours and 11 minutes of juice before you need to charge, and that’s pretty decent in the grand scheme of things.

The ZenFone 6 is a great, low-cost option for a phone with decent battery life that doesn’t compromise on power or performance. It has a 5,000mAh battery, with a run time of over 15 hours on a single charge. It has a clever camera, which uses a flip mechanism to bring the cameras at the back of the phone round to the front rather than featuring a smaller lens on the display screen. This allows you to use high quality lenses for selfies, and looks pretty cool too.

The OnePlus is one of the best mid-range phones to go for if you want decent battery life as well as speed and power. On a single charge, it should last just short of 11 hours before you need to plug it in. The only downside is that the company doesn’t tend to release as many software updates like its Apple and Samsung rivals. If you like to change your phone regularly though, this probably won’t be an issue for you.

If you’re looking to protect your mobile with great value cover, take a look at Switched On’s range of award winning gadget insurance. It’s cancel anytime policies are packed with features including 24/7 online claims, fast repairs and replacements and immediate cover. Plus take out an annual gadget policy and get 2 months free! Find out more here.