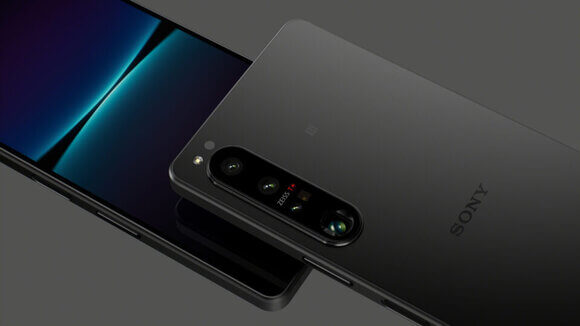 All You Need To Know About The Sony Xperia 1 IV

Content creators pay attention: the new Sony Xperia 1 IV has landed and it looks to be custom-made with social media use in mind. Sony’s latest flagship phone is in keeping with the company’s previous offerings: rather than aim for the mass market, they prioritise features that help take slick pro-level videos and photos. In all, no other phone on the market combines fan favourites like a killer camera with an impressive optical zoom, top-end processing power, a headphone jack and expandable storage. It has nifty extras too, like a new Music Pro app to make professional-grade songs from your phone.

This time around the Sony Xperia 1 IV (spoken as ‘Sony Xperia One Mach Four’) does follow suit with other flagships in doing away with the bundled charger or cable. This allows for a smaller, plastic-free box, and along with other green initiatives, helps Sony reduce each phone’s CO2 emissions by 36%.

As a studio you can hold in your hand, it can’t be beat. Here’s exactly what to expect from the 1 IV.

The camera function is arguably the star of the show. Though in many ways, the camera specs are similar to the previous year’s Xperia in that there’s a 12MP main, telephoto and ultrawide lens. But now the selfie camera has also been upgraded from 8MP to 12MP and, like the other lenses, offers 4K video capture. All but the selfie camera includes a real-time tracking and eye autofocus to make sure the subjects of your photos are always clear in shot. Most importantly, it optimises the zoom of each lens to support continuous optical zoom of up to 5.2x. This feature allows phone owners to hone in on far away objects without any quality loss (usually phones zoom on objects digitally, which are lower quality). While we’ve seen less powerful optical zooms in the previous Xperia, the Nokia N93 and Samsung Galaxy K Zoom, this the closest phone camera to a DSLR.

Just like the Xperia Pro and Pro-I, you can live stream content directly. And for the 1 IV, Sony and YouTube have partnered so you can start a new channel and live stream without the usual prerequisite of 1,000 subscribers and a verified account.

For this generation of phone, there’s an extra 500 mAh of battery power, so it now totals 5000 mAh. But it’s likely that most of the benefit from this will be used to power the new chip of the Snapdragon 8 Gen 1, which needs plenty of juice to run. At least it supports 30W fast charging, which gets you to 50% in half an hour. There’s also all-important wireless charging and reverse wireless charging for those times of battery desperation.

You’ll know the Sony Xperia as soon as you see it – it’s slim, flat and square design is a distinguishing feature and the 1 IV is no different. This year, the colours of choice are a sleek matte black, violet and white. Like last year’s phone, there’s a 6.5″ 4K AMOLED display. But given there were a few complaints about the screen being too dark, Sony fans will be relieved that the display is now 50% brighter than the 1 III.

The last point of note: it’s waterproof and this year’s phone has Gorilla Glass Victus on the back, as well as the front, making it hardier than before.

As mentioned, the phone uses the Snapdragon 8 Gen 1 chipset, the most advanced Android chip available. To complement this, there’s 12GB of RAM and 256GB of storage, thought because serious content creators will most likely want to be able to expand their storage, it’s one of the last flagship phones with a microSD slot. It’s also one of the last flagship phones with a headphone jack, which is especially handy as it can be used to connect to a microphone. Yet it’s among the first phones to support the new Bluetooth LE Audio, which delivers better quality audio with less data transfer.

Launched on 16 June, the 1 IV is priced at an eye-popping £1,299, so it’s certainly pricier than any other brand’s flagship phone. But as we say, it’s targeted at those who like creating nifty photos and videos rather than the majority.

If you’re looking to protect your new mobile, Switched On’s Phone Insurance offers comprehensive cover that’s packed with features including immediate cover, 24/7 online claims, and fast repairs and replacements. Plus if you take out an annual policy to cover your phone or gadget, you’ll get 2 months free! Find out more here.