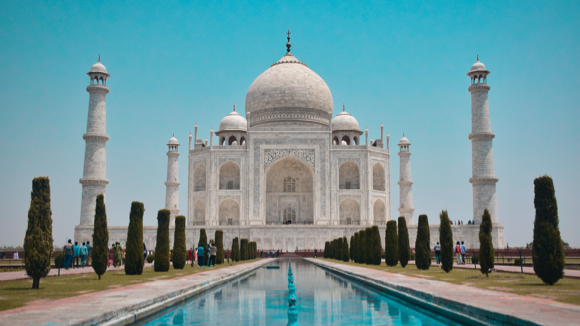 While it’s currently unknown how long it will be before we can take a trip into the big wide world, it will certainly be a glorious day once travel becomes possible again. Until then, the second best ain’t so bad: virtual tours allow the culturally curious to see inside the globe’s biggest attractions – without the flights, organisation and queues to factor in.

As technology improves, so does our couch-based view into spectacular sights: the ornateness of Buckingham Palace and the beauty and expanse of Yosemite National Park are available to us 24/7, and we can even have a tour of Nelson Mandela’s famous prison of Robben Island conducted by a former inmate.

So to enjoy having the world at your fingertips here’s our top five virtual tours to give you the feel of getting away from it all from the comfort of your own home.

Neither London nor New York can match Paris when it comes to art; truly, the French capital is the place for art-lovers to visit. The shining star is The Louvre, the iconic gallery by the River Seine, in which 400,000 works of art from Da Vinci to Caravaggio reside for all to see. While the doors of its glass pyramid remain closed, we can still take a peek inside, thanks to its virtual tour. Explore its exhibition The Advent of the Artist, or travel eastwards in the Egyptian Antiquities section. We can also look around the recently-restored Galerie d’Apollon; in fact, the museum is so large that even those who’ve visited might want to investigate it at home.

The regal gates of Buckingham Palace rarely open to the public, so even in more exploratory times, the virtual tour of its world-famous rooms is a treat. The royal residence is celebrated as the most exquisite, lavishly decorated palaces in the world, and for good reason. In the virtual tour, take a 360 degree look around the no-expense-spared Throne Room, the sweeping Grand Staircase and the White Drawing Room, learning interesting factoids along the way. Did you know that the railings on the staircase were made in 1828, at the equivalent cost of half a million pounds? You do now!

Off the coast of Cape Town in South Africa, Robben Island gained notoriety as home to the jail that kept Nelson Mandela incarcerated for many years as a political prisoner during apartheid. Now the island is seen as a symbol of overcoming adversity, and it’s in this context it’s become a major attraction. In recent years, Google Arts and Culture have brought the prison tour to our homes, with a little help from former political prisoner Vusumsi Mcongo. Using a mix of videos and Street View-style panoramic images, he talks us through life in the prison, including a look inside Mandela’s 2m x 2m cell, with nothing but a mat, blanket, chair and bucket within. It’s a stark but necessary reminder of the power of an unbreakable spirit.

High on the bucket list for any true adventurer is Yosemite National Park. The natural wonder is a feast for the senses, and even if we can’t feel the fresh open air or breathe in the foresty aromas, we can see and hear what it’s like to be in situ. Accompanied by the wind in your ears, visitor chatter, or birdsong, see the Yosemite Falls’ ‘ice beard’ from the Swinging Bridge, soak in the breathtaking views from Glacier Point or (virtually) climb El Capitain: the tallest granite rock face in the world. The virtual tour is excellently done, and that’s proved by the fact it both satisfies wanderlust at the same time as making us want to visit even more.

With seven million visitors each year it’s become impossible to visit the iconic Taj Mahal without crowds of tourists around. Even AirPano’s series of panoramic views around the site hasn’t managed to portray it with the air of calm it deserves! But the world-famous building – created in the 17th century and meaning ‘crown of palaces’ – is certainly less hectic and hot virtually than when visiting in person, and it gives us a chance to admire the complex almost as if we were there. The views from above and the side are especially welcome, as they offer a sense of scale and location, and reveal just why it’s deemed one of the new Seven Wonders of the World.