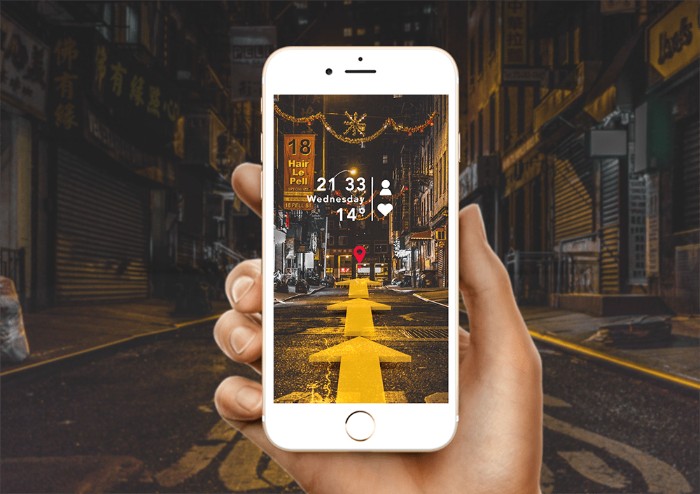 For almost as long as there has been computers, then has been the dream of virtual reality. It’s an alluring prospect: Who wouldn’t want to pull down a headset and be transported to other, fully immersive worlds? From The Matrix to Red Dwarf, the technology is a staple of science fiction. But it is only in recent years that the possibility of VR becoming mainstream has been a real possibility.

In 2012, the Oculus Rift headset became one of the biggest crowdfunding successes ever, as it appeared to be the first credible attempt at doing VR on powerful gaming PCs. Just five years on – now in 2017 – VR is a technology we increasingly expect to have on our phones. By sliding any modern Android or iPhone into a cradle headset, our phone displays can become the goggles through which we fly through space, explore 3D environments… or fight hordes of marauding zombies.

What’s particularly exciting now is that not only is the hardware now just about in place, but the software is too. Crucially, major platforms like Facebook supports the upload of 360-degree images and video – meaning there is plenty of content to check out. If you put “360 video” into the YouTube search box, you can do everything from fly over a rainforest in a wingsuit, witness a tyrannosaurus stomp around a prehistoric Earth, or go web-slinging with Spider-Man. Even the venerable old BBC is getting in on the VR action. To see in the new year, the corporation streamed live 360-degree video from the festivities in central London – which enabled the viewer, in real time, to check out the fireworks, before turning their head to see the faces of the revellers on the Embankment.

Parallel to this has been the slightly slower evolution of augmented reality (AR) – or “mixed reality”, as it is being increasingly called. This takes the same principles as VR – but instead of completely immersing you in a virtual world, it instead tracks your movements in order to superimpose digital images on top of the real world.

The phenomenon that was Pokémon Go is a very basic example of this. In the game, when you come to capture one of monsters, the game would use your phone’s camera to display it as though it were standing in front of you in the real world.

What’s particularly exciting about AR is that after several years of impressive technical demonstrations – such as with Microsoft’s PC-based Hololens – the first practical implementation of the technology has just launched – as part of Apple’s iOS11 update for iPhone. This doesn’t require a headset – but it transforms your phone into a lens to see the world in a different way. “ARKit” as it is known is much more sophisticated than Pokemon Go, and can track virtual objects and movements in real time, meaning that if you place a virtual object in real space, as you move your phone around it will appear anchored to the same spot.

For example, the recently launched IKEA Places app lets you drop virtual items of furniture into your real home – so before you redecorate, you can design your room and – crucially – check that everything will fit long before you’re on the floor, swearing at your half-built billy bookcase. Apple’s own Maps app also has another smart implementation of the same technology: In certain cities you can switch to AR mode and a 3D model of the city will effectively be glued to the floor in front of you – enabling you to sweep your phone around buildings and have them remain fixed in place. Which is both technically impressive, and also means that you can stomp around a virtual Big Apple pretending that you’re Godzilla.

What’s exciting about both AR and VR is that we’re only at the beginning of their mainstream usage and adoption – so there is still endless possibilities about what they technology could enable next. Remember the first iPhone? It was for certain a revolutionary device but when it first launched, it didn’t even support apps! It was only after people had iPhones in their pockets that we saw just how transformative smartphones would be – and when we shifted towards mobile being the default way of getting online, even inside the home. 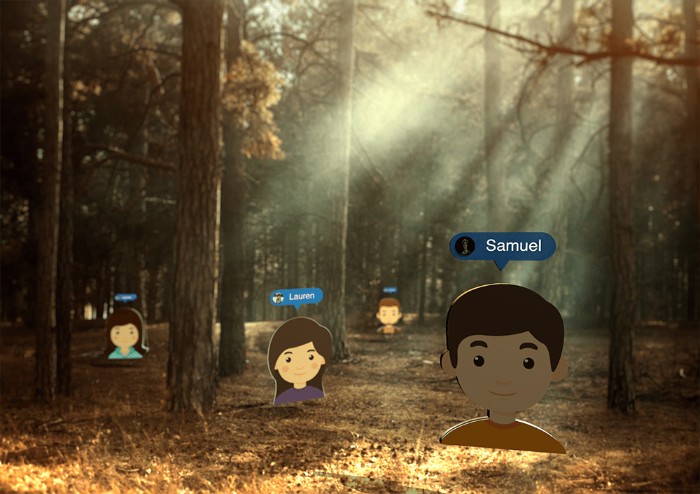 So what’s next for VR and AR? For VR, one exciting future use case could be video chat. Earlier this year Facebook showed off a demo it calls “Spaces”. Using the photos of you that you’ve already uploaded over the years, Facebook automatically generates a cartoonish avatar – and then drops you into a virtual world with your friends. Here you can chat, share images and documents – and participate in the same VR experiences. What if you want to talk to a friend who doesn’t have a VR headset? Then you can simply video chat with them – like making a normal video call with Facebook Messenger, but with you represented by your avatar in the virtual world on one end – and your friend on the top deck of the 25 bus, shuffling through Mile End on the other.

The possibilities for gaming are also huge. Developers already spend millions of dollars and thousands of hours developing detailed 3D worlds for us to inhabit. It seems inevitable that future instalments of Grand Theft Auto or Assassin’s Creed will crank up the immersion further, by letting us take control in VR. Perhaps one day in the not too distant future we won’t be planning to meet our friends at Starbucks or down the local – but instead atop the Great Pyramid of Giza, ready to do battle.

How Will This Change Our Devices?

The future of AR is perhaps even more intriguing. Though these twin technologies will supercharge our phones – perhaps the endpoint for AR is that it could destroy the smartphone all together. As the technology requires us to hold up our phones all the time, wouldn’t it be easier if… we could just have a pair of smart glasses with the same technology instead?

Imagine a world in which digital information is seamlessly fused with the world around us, all of the time. As you go for a walk, messages from friends pop-up in the corner of our field of vision. If we get lost, we can issue a voice instruction to navigate us, and then have direction arrows appearing as if they were markings on the pavement in front of us. As we approach the train station, the departure boards appear floating in front of us to let us know which platform to go to. Oh, and if you bump into that person you recognise but can’t remember where from? Don’t worry, facial recognition software will figure it out and pull up their Twitter feed so you can see what they’ve been up to.

This might sound like something from science fiction, but all of the technologies that could make something like this happen are now just about here. VR and AR are the future – it’s time to pull down your headset and explore!

Got yourself a VR headset but worried about losing it? Gadget insurance is an option you may want to consider.

James O’Malley is a freelance technology writer, who currently writes for Gizmodo.