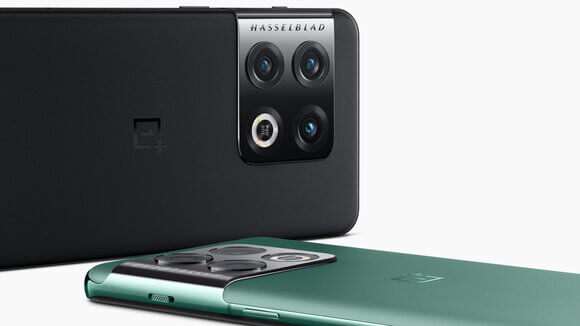 All You Need To Know About The OnePlus 10 Pro

There’s no denying that Samsung and Apple have the lion’s share of the phone market ­– but boy, are other companies hungry for a slice of that pie. The competitors have been raising their game steadily over the last few years and that latest piece of kit aiming to topple their throne is the OnePlus 10 Pro.

Although only released recently, tech fans have been quick to herald it as the best Android phone on the market thanks to its winning mix of intelligent features, excellent functionality, and competitive price. It’s the first OnePlus since it was brought under the Oppo umbrella, and the parent company have added its own improvements while keeping much-loved OnePlus features, like the slider to turn it on vibrate or silent.

Word is there won’t be a standard OnePlus 10, given the component shortages, overlap with Oppo phones, and the brand reputation that a talked-about pro version gets. So if you’re intrigued about this high-performing underdog, here’s all you need to know about what’s already poised as one of the stand-out phones of 2022.

Photograph enthusiasts will be a little sceptical of the OnePlus, as in the past, its biggest flaw is that it’s fallen a little short compared to the best flagships around. This is the second time One Plus have tried to amend that through their partnership with camera faves Hasselblad. They’re not shy about it either – the brand is emblazoned in the striking design of the camera section. As a result, the camera features a 48MP main, ultra-wide and telephoto lens. The ultra-wide lens has a cool fish-eye feature, and night pictures are particularly strong with this model. Still, for expert eyes, pics will be marginally lesser quality than its competitors.

Those who prioritise the juice in their phone will adore the OnePlus – it’s one of the best Androids for battery life, beating the Samsung Galaxy S22 Ultra, despite having the same 5,000 mAh battery capacity. And it only lasts a little less than the iPhone 13, suggesting it’s ideal for heavy users and gamers. The quick battery charging time means it’s good for the impatient too – it can get right back up to 100% in just over 30 minutes. The wireless charging is super quick, and it has a reverse power-sharing function so it doubles up as a powering pad when your friends’ phones run out of battery.

Never mind the actual function, the real question is: how does it look? And the answer is pretty fabulous, especially its colours Volcano Black for the 128GB storage and Emerald Forest for the 256GB. While the back is made of Gorillas Glass 5 to keep it robust, the soft matte finish not only gives it a premium feel, but it also won’t show up fingerprints.

In terms of its display, the size alone (6.7 inches) makes this a remarkable phone for watching videos and playing games, especially as it has a QHD resolution and an AMOLED panel. Its adaptive refresh rate means that it flits up to 120fps when it needs to, but not all the time, so it doesn’t use up masses of power.

Another neat feature is that when you turn the brightness up and down in specific light conditions, it quickly learns your preferences and changes automatically. Smart stuff, eh?

Like most flagship Androids, the OnePlus 10 Pro uses on the Snapdragon 8 Gen 1 chip but cleverly addresses the chip’s one flaw of causing the phone to overheat, by incorporating a cooling ability in its design. The operating system is the Android 12 with OnePlus’s Oxygen OS 12 on top. It’s largely similar to Oppo’s Color OS, especially as they now use the same code base. The phone also has helpful functionality, like OnePlus’s much-loved alert slider to quickly turn your phone on silent or vibrate. And there’s a Zen mode to help you block out unnecessary distractions, and HyperBoost Gaming to gear your phone up for gaming.

Note that it has a Dual SIM function, it charges via a USB-C port, and like many new phones, it doesn’t have a traditional headphone jack.