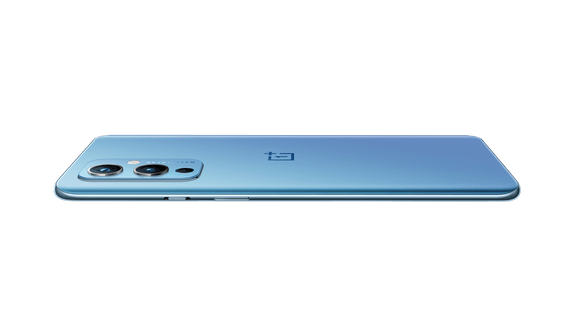 Could OnePlus Be The Next Big Phone Brand?

The UK’s smartphone industry is a multi-million pound market, meaning there’s more and more companies wanting a slice of the action. While Apple and Samsung dominate, the smaller phone makers – by which we mean Huawei, Sony, Google and the likes – are putting up one helluva fight. And they have a clear ‘in’ as the forerunners charge top dollar for the privilege of owning their brand and all the bells and whistles that come with it.

Chinese company OnePlus have been quietly running with the crowd, raking in just 1% of the UK’s phone sales. But that might well change soon, especially if the leap forward with their new OnePlus 9 phone is anything to go by. While everyone prefers a trusted, major name when it comes the one item they use day in day out, it looks like the OnePlus could be the next big brand to break through.

Take a look at the Switched On team’s OnePlus lowdown and see what you think.

Like the other phone companies playing catch-up to Apple and Samsung, the most effective way they can compete is on price. While OnePlus started out as a super-low budget phone maker (the OnePlus X cost a mere £199) they’ve raised their prices so they’re in line with other budget phones. Their most recent phone, the 9, starts at £629, for example. It’s still excellent value for money, and poses a real threat to Samsung, the premium Android of choice.

One of the reasons that the OnePlus has been slow to devour more of a market share is its camera. While it was decent enough for general use, photographs and videos lacked the wow factor that’s needed to change brand loyalty. They had to acknowledge this failing eventually, and they’ve finally tackled the problem head-on: by partnering with Swedish camera company Hassleblad. The OnePlus 9 is the first model to see the starting benefits of this in its colour correction. Expect the 10 to feature Hassleblad lenses – and that’s when we’ll really notice the difference. Because of the partnership, we reckon there’s a lot more to come from OnePlus.

All aspects considered the OnePlus 9 probably has the best battery spec going. It has one of the longest lasting batteries around, with one charge lasting almost 11 hours of non-stop web surfing, even with a refresh rate of 120Hz (which is what you’d want for playing video games). But even when it does run out of juice, its OnePlus WarpCharge 65Ttechnology gets the phone back up to 100% in half an hour. The battery is built to last too – after 1,000 charges, it still runs at 80% capacity.

An interesting point when looking at OnePlus’s potential to go massive is its standing on the world stage. Currently, it’s a mid-sized operation, which means it hasn’t been able to be aggressive on a global scale. But in India (a market that’s as large as it is price-conscious), it’s the top smartphone maker, over Apple and Samsung. With such healthy sales, it’s feasible that if this income is spent investing wisely (which the Hassleblad partnership suggests it is), they could move into the next league in Western markets very, very soon. So keep your eyes peeled.

If you’re looking to protect your mobile Switched On’s phone insurance starts at just £4.25 per month. Plus buy an annual policy and you’ll get two months cover FREE!

Get a quote now and get real peace of mind at the right price.