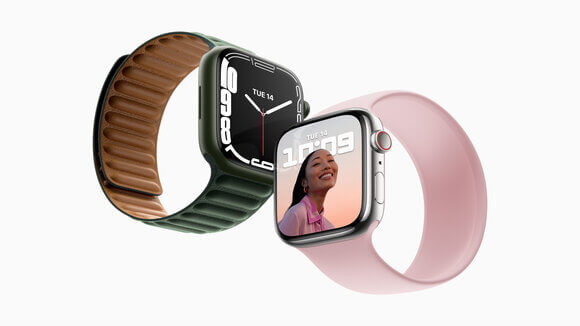 The Lowdown On The iPad 9, iPad mini 6 and Apple Watch 7

In more ways than one, autumn is the ideal time for Apple lovers to reap rewards. At the tech giant’s annual conference, they not only launched four versions of the iPhone 13 series, but also their first rework of the Apple Watch, as well as a refresh of the iPad mini and normal-sized iPad.

Most of the changes help to make Apple products consistent across the board, and sync better with accessories like the Apple Pencil and charging cables – hurray for the inclusion of the USB-C. But there are also some other attractive upgrades that make this generation of products of huge interest to gadget fans – from better cameras to speedier charging. Let’s have a closer look at what the Apple Watch and iPads have to offer new owners-to-be.

The iPad 9 isn’t a revolution so much as an evolution. To bring it up to date, it has newer features like Apple’s TrueTone tech, where the onscreen image optimises its colours depending on the ambient lighting. And there’s investment in the front-facing camera too, especially with better low-light capture and Apple’s Center Stage, which automatically keeps you in the middle of the frame when you’re on a video call.

This iPad model is the only one that still has the Touch ID button on the front and it gets the A13 Bionic processor rather than the A15 processor (which still makes it 20% faster than the previous iPad). Other tweaks are consistent with other devices, but like there’s the option of Wi-fi connectivity or Wi-fi and cellular, and it supports the Apple Pencil. You can pre-order it now, and it goes on sale on September 24. Prices start at £319, which is the same cost as its predecessor but the good news is it comes with double the storage – the iPad 9 comes in 64GB and 256GB options rather than 32GB and 128GB.

For the first time since 2019, Apple’s added more magic to the smaller, more portable version of its iPad. For starters, it comes with its A15 Bionic chipset, which means it will be able to run quickly and smoothly – exactly what you want when you’re on the move. There are nifty tweaks too, like it now has an edge-to-edge display that moves the fingerprint sensor to the top button, so that while it’s the smallest iPad in the Apple range, it has a larger screen than previous versions. Like the iPad 9, it has the TrueTone function for better colours wherever you’re looking at the screen.

Budding photographers will appreciate the camera upgrades – the rear camera now shoots at 12 MP and records video in 4k, and the front camera (also now 12MP) boasts a 122-degree field of view, plus that Center Stage feature to keep you centred while on video calls.  The Apple Pencil 2 will work with this tablet – it clips to the side of the tablet for wireless charging. It’s available to pre-order, is released on September 24, and starts at £479.

The latest rework of the Apple Watch steps it up nicely from last year’s upgrade. Though the battery life remains the same, it takes less time to juice up, with 33% faster charging. That means it can go from 0% to 80% in just 45 minutes. The equal battery life is forgivable given the screen has increased in brightness and size – because it has thinner borders, the watch size remains the same even though the screen is now 20% larger. That also means it can squeeze in a QWERTY keyboard, with typing made easier with Apple’s QuickPath technology (which allows finger-saving shortcuts). The phone also has a number of modifications that make it more durable and dustproof.

The Apple Watch 7 comes already loaded with the watchOS8 operating system (other watches will be upgraded to this) that has a new Mindfulness app, includes meditating sessions, and the ability to track your breathing rate while you sleep. This is the only new device that’s not imminently available – we’ll have to wait until later in the autumn to get our hands and wrists on it. Prices will start at around £379, and it will be available in metallic black, grey, green, blue and red.

Whether you’re looking to insure an iPad, Watch or iPhone Switched On Insurance offers exceptional protection at great prices. Find out more here

Please note that the information contained in this article was correct at the time of writing.