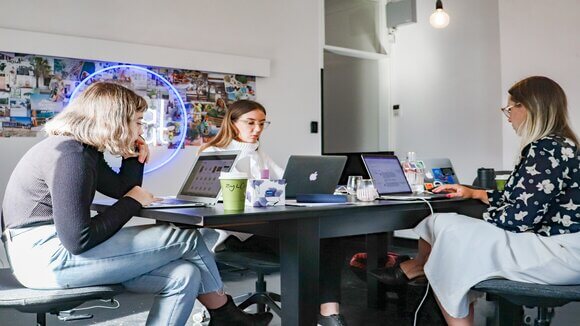 The Women Who Helped Shape Tech

It’s no secret that women have been underappreciated in STEM (tech, science, engineering and mathematics). Much of that is down to little historic hurdles like, say, not being allowed to enter the workforce, repression and general patriarchal structures. But there’s no keeping a good woman down, and through the short history of tech, notable women have risen to the surface even if their names aren’t as famous as their male equivalents.

To give a mere taster of the influence that women have had in creating the tech that we use today, we’re highlighting just some of the key individuals that helped shape the landscape. From the woman who set out the stage for search engines to the creator of software for the first personal computer, these trailblazers are a reminder that innovation and development is open to all of us. So for International Women’s Day, let’s take inspiration from these pioneers of yesteryear in our own lives.

In the 1940s, in nascent days of tech, Yale graduate Grace Hopper flipped the script of computer programming – literally. While using her programming skills in the war effort as part of the United States Navy she realised that by simplifying the language used to communicate with computers, they’d be able to be used by more people in wider settings. To that end, she developed the FLOW-MATIC computer programming language, and later the Common Business Oriented Language (COBOL). Her headway into this field was revered enough that in 1969, the Data Processing Management Association awarded her the first computer sciences Man of the Year Award. Ahem.

It wasn’t so long ago since we last discussed Ada Lovelace, but it’s impossible to talk about women in tech without referring to the unofficial patron saint of women in STEM. The only marital child of Lord Byron, she first studied with inventor Charles Babbage. In the 1840s, his work sparked her own ideas for how a computer could be capable of much more than calculations. And so the idea of a computer that could actually do stuff was born. Now viewed as the world’s first computer programmer, she’s the embodiment of women in STEM, and Ada Lovelace Day in October (this year it’s on 12 October) is testament to that.

In the 1960s, computer programming was still so new as a career that no experience was necessary, which is how Mary Wilkes nabbed a job as a programmer at M.I.T. As was usual for the time, coding involved writing out a script by hand, getting a typist to punch holes in a card that would feed into the computer that would spit out the results via a printer. But by the time Mary Wilkes left, that manual labour was all done electronically, and it was thanks to her work. When designers came up with the hardware for the first personal computer, she was charged with writing the software for it and so began the LINC computer. If that didn’t lay enough groundwork, she also was one of the first people to have a home computer…mostly because she refused to move city when her job relocated.

When it comes to women in tech design, few are as iconic as Susan Kare. And again, we mean that literally. She was the artist who helped create the iconography that shaped Macintosh as a brand in the 1980s, and improved usability. From the printer icon to the trash can to Apple’s Command icon (⌘) based on the design of Swedish castles, her creative work mixed functionality with simplicity and personality. It’s a winning formula that’s the secret of Apple’s success to this day. She went on to work on design for Facebook and Pinterest, and in 2018, earned the prestigious AIGA medal for her work.

Much of tech’s user-friendliness is down to the development of intuitive search engines, with Google being the leader in that field. When it comes to individuals who shaped that, few were as important as Karen Spärck-Jones. The self-taught programmer was employed by the Language Research Unit at Cambridge University in the 1960s, where she pioneered the principles of information retrieval that we still use today. For starters, she fed in synonyms for words to create natural language processing, and also conceived the idea and methods of term-weighting: when certain words in a sentence are identified as important in the algorithm for search results. While she didn’t quite get the recognition she should have in her lifetime, her legacy is clear in every one of our searches, as well as inspiring women into the field. “Computing is too important to be left to men,” she once said.