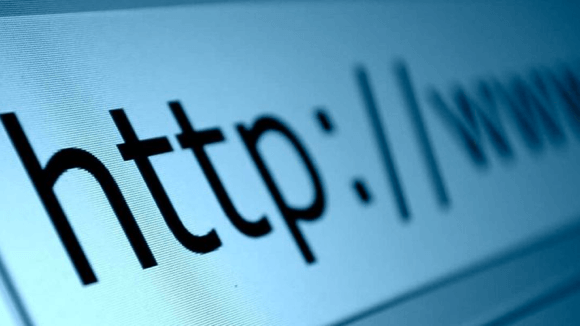 The Cool Stories Behind Key Tech

Nowadays, tech is such a lucrative industry that it’s largely made possible by big business and their huge investment funds. But back when digital worlds could barely be imagined in sci-fi films, it was outliers, thinkers and doers who were coming up with the next big thing. And it was motivations like helping out in the war effort to solving the problem of commuter traffic that helped focus their ideas and bring technological advancements to life.

While tech innovation is a process of refinement rather than one light bulb moment, we can pinpoint a few times in history where key people stumbled on some ideas that have since changed the shape of society. We’ve rounded up a few of the coolest stories of how we are where we are, and who to thank for it.

Nowadays, the calculator app is barely a noticeable function, but it was Ada Lovelace, in the 1840s, who took the idea that computers could be more than a calculating machine and ran with it. Ada was the only marital child of poet Lord Byron, though he left the family when she was young and died when she was eight. So that she would be less tempestuous than her father, her mother ensured she received a solid education in maths and science. It was while studying under the tutelage of mathematician and inventor Charles Babbage that Ada translated an article in French about his ideas for an analytical machine. But full of her own ideas, she wrote notes at the end of the piece that ended up being three times longer than the article itself. It laid the blueprint for how code could allow computers to handle more than numbers, and how looped instructions could allow repeat actions. And so, Ada’s known as the first computer programmer.

If you ever watch 1949’s Samson and Delilah, take a closer look at Delilah, played by Hedy Lamarr – as it was her creative mind that led to Wi-fi, Bluetooth and GPS systems. She spent her formative years in Austria, where she was privy to information about Nazi munitions. Always interested in inventing (she also reinvented plane wings and created a tablet that turned water into cola), once she escaped and made her way to Hollywood, she wanted to help the war effort. So she and collaborator George Antheil patented a communication system that allowed torpedoes to hit their target without being intercepted by the enemy. It involved ‘frequency hopping’ of transmitters and radio waves. This primitive technology went on to form the basis of Bluetooth, GPS and Wi-fi, so we have her and Antheil to thank for many of our everyday comforts.

Thanks largely to a virus that’s changed the world, working from home became the norm last year – 48 years after Jack Nilles first proposed it. As a rocket scientist in the 1960s, he noticed the heaving amounts of traffic caused by people going to and from work, an issue which has even more resonance now. In 1970, he took a job at the University of Southern California to research the idea of home working, and found that worker productivity went up, health care costs went down, and infrastructure costs dropped. But resistance within companies meant it didn’t take off. He still pushed the idea, publishing a paper in 1976 that coined the terms ‘telecommuting’ and ‘telework’ while looking at the role technology could play in WFH. It turns out he was on to something.

Many thinkers lay claim to having invented the internet – after all, it’s quite the line to put on your CV. But none of their developments were as important as Sir Tim Berners-Lee’s. While working as a software engineer at CERN in Switzerland, he noticed that scientists came from all over the world to use their accelerators, but their findings couldn’t be easily shared. “There was different information on different computers, but you had to log on to different computers to get at it,” he said. “Often it was just easier to go and ask people when they were having coffee.” So on 12 March 1989 he submitted a proposal to use hypertext that allowed computers to reference documents. The first website and server went live on 20 December 1990. On August 6 1991, he posted a message on a board inviting people outside of CERN to collaborate on the ‘World Wide Web’, and in doing so, a new era of digital communication was born.

As the second world war ended, Ralph Benjamin, who worked for the Royal Navy, was tasked with improving the technology that allowed ships to track aircraft. Until then, joysticks moved the cursor on-screen, but Ralph bettered this with the ‘roller ball’: a mechanical ball that you moved with your hand instead, that linked up to the screen. Because this piece of engineering was a military secret, it wasn’t disclosed when it was patented – and Doug Engelbart of the Stanford Research Institute is credited with inventing the modern-day mouse in 1961 instead. We can only imagine Ralph’s frustration at missing out on the glory until recently!