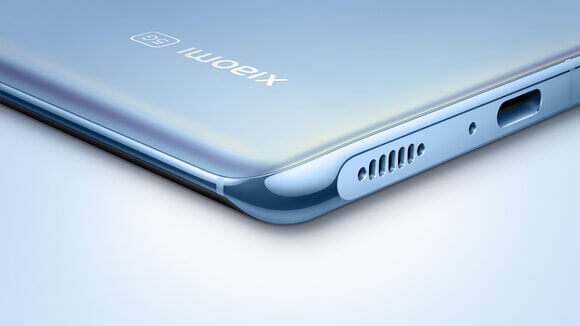 Everything You Need To Know About The Xiaomi Mi 11

Watch out Huawei – there’s a new Chinese phone maker that America doesn’t like snapping at your heels. Though the Xiaomi was recently added to the US Administration’s blacklist, it’s currently the world’s third largest phone brand (above Apple, no less) and the Mi 11 looks set to continue its popularity across parts of the globe where there’s a market for high-quality, low-cost phones. Its new flagship phone got its big reveal this week, and impressed with its bold offerings.

Not only does it have a slick design that makes it beautiful on the outside, but it’s beautiful on the inside too: it’s the first flagship phone to make use of the superfast Qualcomm Snapdragon 888 processor that makes it run like a dream. Along with gadget-lovers and gamers, content creators are brought into its target audience with its top-of-the-range camera, and associated editing software. No wonder this release is putting Xiaomi up there with the UK market’s mobile heavyweights. Here’s the full lowdown on what to expect.

Keeping it simple for now, there are just two versions of the Mi 11: one with 128GB and another with 256GB of storage. There are rumours of a Pro, Ultra and Lite version, and as some of the features of the standard release rival the recently-announced premium Samsung S21 Pro, we’d be intrigued as to what they could entail. It’s likely they were delayed because the world’s WFH requirements diverted its component parts, but supply should right itself in the coming months.

Onto the big sell: the camera is up there with not only the best phones, but some of the best digital cameras too. The phone features three useful lenses: the main one has a phenomenal 108-megapixel resolution. There’s an ultra-wide camera for all your scenic walking landscapes, and for close-up shooting, there’s a 5-megapixel telemacro lens. All of these are impressive in low-light conditions, adding to its versatility. That said, there’s no telephoto lens for the all-important zoomed-in photograph.

You’ll find all sorts of manual settings (shutter speed, ISO, aperture and EV), but the piece de résistance is the myriad of editing software that brings a Hollywood studio to your fingertips. Helpful functions include selective freeze frames (which pauses certain parts of a video clip to give the illusion that they’re frozen in time) and a parallel function that inverts scenes, giving the appearance of a mirrored world. For that retro horror movie vibe, there’s a mode that quickly zooms in and out of a scene. And then there’s Erase 2.0 AI which rubs out unwanted elements of your otherwise-perfect photos. Neat, huh?

As well as the high-spec phone, there’s plenty of useful functions on the Mi 11. Expect an ultra-fast fingerprint sensor, which also doubles as a heart rate monitor. It has dual speakers, and a sleek curved screen design, adding to its overall aesthetic appeal. And the screen display is something to show off: it’s already received an A+ award from DisplayMate, the authority for display reviews.

When it comes to the Mi 11’s inner workings, there’s all sorts to appeal. It’s the first flagship phone to feature the Qualcomm Snapdragon 888 processor, which is a serious bit of kit: it’s fast enough to run games at 2k resolution, 120fps speed and in HDR – which nicely complements the high-spec display. The battery might suffer for it, but it will still last you a day if you’re sensible with it, and it has 50W wireless charging, plus 10W reverse charging. The software behind the initial release is a little iffy, but should improve as updates are released. It’s also worth noting there’s no microSD slot, but it’s dual SIM and is 5G-ready.

To add to its appeal, there’s a competitive price too: it’s an extremely reasonable €749 (£660) for the 128GB phone and €799 (£700) for the 256GB phone. The exact sterling price will be revealed when the phone is released globally in March. Throwing a little extra in, it also comes with a free two-year warranty, and a one-time free repair service for the screen during the first year of purchase.