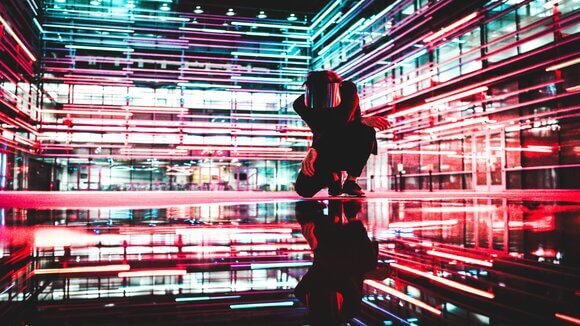 The Futuristic Tech That’s Just Around The Corner

It’s wild to think that just five years ago, we were living a completely different tech life to the one we are now. Alexa was in her infancy, Snapchat was in its prime, and iPhones were a mere £540. We’re excited to discover where the world could go in another few years, especially because the whispers in tech labs is that big changes are a-coming.

With AI now useful and accessible to the average household, the possibilities of tech have widened dramatically – the age of commanding robots to do our bidding is finally here. So what’s on the horizon that we should be saving our pennies for now? Let’s have a sneak peek at the tech that will be available to us imminently.

A remote control triggered by your mind

When we’re ready to zone out and watch TV, we want minimal effort. Years ago, it would be a pain to have to get up and change the channel on the box itself. Nowadays, it’s a hassle to find the remote and press the right buttons without exiting from the on-demand show you’re watching. That’s why start-up NextMind are creating a device that you clip to the back of your head. It reads your neural activity, so that when you focus on a part of a screen – where the ‘pause’ or ‘play’ icon might be – it follows the command through. The device is already available to purchase for €399, but before you part with your cash, remember that neurotech is still in its formative stage, and it might be worth waiting until it works with everyday devices.

Spotify playlists based on your moods

Big things are happening at Spotify. They’ve recently filed patents for a karaoke feature, and a new feature that selects music for runners based on their pace. One of the more interesting developments in the works is a technology that personalises a playlist based on your moods. Rather than tap in details about your fave bands etc, this playlist will hear you speak and figure out songs you might like based on your “emotional state, gender, age, or accent”. We like to think that our musical tastes are more than the sum of our parts, but at least it will make our route to ‘Can’t Stop the Feeling’ by Justin Timberlake or ‘Everybody Hurts’ by REM the quickest yet.

It might sound like something from a sci-fi movie, but an airport in Coventry readying itself to service flying taxis. The airport will open in November 2021 for a month as a proof of concept for electric vertical take-off and landing (eVTOL) vehicles, which are heralded as an environmentally-friendly way to ease congestion between urban centres. Uber have already teamed up with Hyundai to develop the cars, which can carry up four people. The expectation is that we’ll see this service added to the Uber options in the next three to five years. Now where do we sign up for this neat ride?

The tech world has long tried to do snazzy things with glasses, but it hasn’t taken off the way they hoped. But Samsung’s entry into the market looks to change that and bring them into the mainstream. Leaked reports show that they’re working on two glasses, which look less like novelty glasses and more like ones we’d wear while out and about. ‘Glasses Lite’ will double as a projector, allowing wearers to make a virtual screen wherever they are, to watch movies, play games or view Zoom video calls. It can also dim, and become sunglasses when needed. The second set, ‘AR Glasses’, will be more familiar to early adopters: they’ll augment our reality and make objects appear or change the look of the real world. Could this be the development that makes glasses the must-have gadget of 2023? We have high hopes.

If you’re looking to cover any of your existing gadgets Switched On offers flexible, cancel anytime phone and gadget insurance with immediate cover and 24/7 online claims. Find out more here.