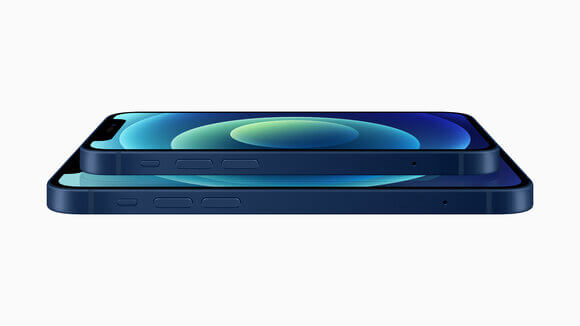 Everything You Need To Know About The iPhone 12

They say good things come to those who wait, and ‘they’ are not wrong. The early-adopting public had to stay poised a little while longer for this year’s iPhone release as its usual September launch was pushed back to October, presumably because of the impact of coronavirus. The good news is it’s turned out to be a decent upgrade from the iPhone 11.

As Apple unveiled in an online-only event, the iPhone 12 has more technological advancements embedded, and there’s not one but four phones in the range – including the Mini, which is set to be a significant player in the increasingly important smaller phone market.

Given that 40 per cent of iPhones in use are over three and a half years old, we reckon there are plenty of Apple fans holding out for the release. So here’s the full lowdown on the iPhone 12, including price, availability, and the unique features we can expect.

The four phones in the range start with the Mini, which is set to be the smallest, lightest 5G phone on the market. It has a screen size of 5.4” which makes it slightly smaller than the iPhone 6 – and that will be fine for those looking for a more affordable option. The iPhone 12 has the same 6.1” screen as the iPhone 11, but is 11 per cent thinner and 16 per cent lighter. Both these models come with 64GB, 128GB or 256GB storage. The two premium models are the Pro (with the same screen size as the 12), and the Pro Max, with a 6.7” screen. Both have a slick stainless steel finish, and at least 128GB of storage.

There’s all the smart design that we’ve come to expect from Apple, plus a few new extras. For example, expect MagSafe wireless charging, which Apple Watch users will be familiar with: charging happens via a magnet so it disconnects easily – and it also means you can attach accessories like a wallet to the iPhone (rest assured, Apple have a whole range available for purchase). Also, the screen is protected with a ceramic shield which delivers ‘four times better drop performance’ – perfect for the odd mishap we all have occasionally.

Knowing they’re playing catch-up with others on the market like Samsung, Apple have invested heavily in improving their camera function, and it looks like it’s paying off with this new release. The 12 and Mini come with two lenses, the main one of which is enhanced so that it lets in 27 per cent more light than its predecessor – useful in tricky conditions like low light, or on the move. There’s also a better night mode, and Apple’s Smart HDR 3 system to adjust colour and balance automatically. The Pro version has a third lens and a LIDAR sensor, which allows even better functionality in low light and night photos – for example, it autofocuses six times faster. The Pro Max goes even further: it has a 47 per cent larger sensor than the Pro and stabilises images by moving the whole sensor rather than the lens, which makes for clearer images and videos.

The headline news is that Apple has finally gotten on board with 5G, a year after Samsung. It’s brought to us via ‘Smart Data Mode’, a feature that drops the phone to 4G if it doesn’t need the extra speed in order to save battery. Combined with their A14 Bionic chip, as seen in the recently-unveiled iPad Air, it’s set to make for a faster, more powerful smartphone – or really, a portable electronic device capable of doing much more than we’re used to. Expect high-quality gaming sessions and better real-time interactivity.

For the first time, none of the devices come with headphones or a charger. Apple say it’s for environmental reasons: in carbon terms the change is the equivalent of taking 450,000 cars off the road. Still, it means that their EarPods and wireless charger (which needs to be an official Apple product to get charging speeds that are twice as fast as usual) cost extra.