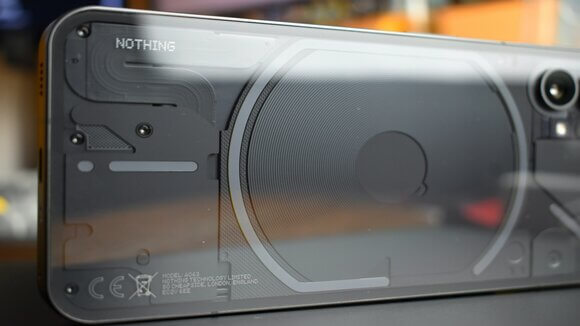 Everything You Need To Know About The Nothing Phone 1

With big hitters like Apple, Google, Huawei, Samsung and Sony eating the bulk of the phone market pie, you’d think there’d be no room left for something new. But when London-based start-up Nothing began their journey just two years ago, they very cleverly aimed for something with a different angle. It’s all about design with Nothing, and it seems to be working. Their first mobile, the Nothing Phone 1, proves that you can still make alluring new phones in a crowded market.

For those looking for a phone with a difference, this may well be it. While the glass-coated, transparent aspect of this phone is cool but not new, the 900 tiny LED lights that illuminate the phone definitely is. If it seems like a gimmick, yes it is – though these flashing lights do also serve a purpose. They show the progress of charging the phone, and let you know about your incoming calls and notifications. You can set up alerts for close contacts, customising the lights to tell you who’s calling.

The phone has a 6.55in HD+ OLED display with an adaptive 120Hz refresh rate. The front and back are made of Gorilla Glass 5 (either in black and white), making it sturdy and dependable. While the phone can sustain a light shower, it won’t survive being fully submerged in water, which is something of a thumbs down.

There’s been a trend with recent new phones on the market to cram more camera lenses than a phone needs – four cameras might sound great, but if only one of them is any good it’s not much use. The Nothing Phone 1 has kept it simple and stuck with two 50MP rear cameras and a 16MP front camera, and what it’s cut down on in quantity it’s picked up on quality.

The main rear camera uses the Sony IMX766 sensor. This takes clean, crisp photos in good light, though note that the quality doesn’t hold up so well in low lighting. The ultra-wide lens has a Samsung JN1 sensor with an f2.2 lens. The change in the sensor for the wide lens is responsible for the faded colours it creates, though this is a desired aspect for some users. Those flashing lights we mentioned earlier come in handy when taking pictures or videos, as you can use them as a kind of built-in ring light. They provide a less intense light than the flash, and can create enhanced shots perfect for your socials.

With a reasonable 4,500mAh battery, Nothing claim you’ll get 18 hours of use out of your charge. You might, but it depends how much you’re using the phone – those LED lights can drain the battery, so it may need a recharge in the middle of the day. It offers wireless (up to 15W) and reverse wireless (up to 5W) charging.

This is a brand new phone from a very new company, so we can expect software updates as Nothing irons out the creases. The phone runs their own Nothing OS on top of Android 12. It has a Snapdragon 778G+ chip, one of its older models, but you can use apps and browse the net reliably. Aimed at a new generation of phone users, there are some cool inbuilt features. Like if you lay the phone screen down, it automatically mutes, taking away the distraction of sound and leaving you with a light notification instead. The voice memo app has noise cancelling options to isolate voices, and there’s an NFT gallery where you can track the prices of your NFTs and show everyone what you own. Gamers might find themselves limited by the older chip but, especially as this is an affordable first phone from Nothing, it could be an acceptable compromise.

The price is its star attraction – owners will find themselves with great features and a phone that feels different to most other flagship phones for a fraction of the price. the Nothing Phone 1 is available now in three RAM/storage variants: 8GB/128GB, 8GB/256GB, and 12GB/256GB. They’re priced at £399, £449 and £499 respectively.

If you’re looking to protect your phone against accidental damage, loss and theft, Switched On’s Mobile Phone Insurance cancel anytime policies are packed with features including 24/7 online claims and fast repairs and replacements.  Plus take out an annual policy and get 2 months free. Get a quick quote today.