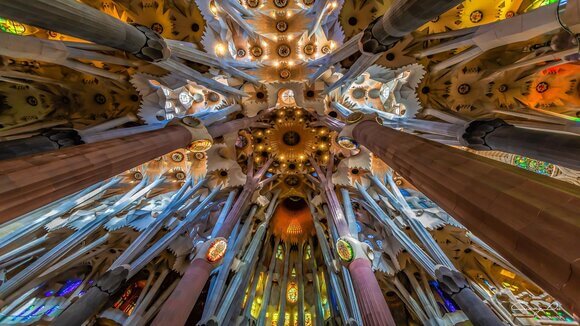 Where To Head In September

The summer rush is over, the kids are back at school, and we can all breathe a sigh of relief. Whether you need to recover from a busy summer, or you’ve been waiting for August to end so you can take advantage of a quieter and cheaper holiday, September is a great time to head off to somewhere fun. The sea has had all summer to warm up, so it’s perfect for swimming. The days are still long, and if it’s too hot for you in Europe during August, you’ll find it more comfortable in September. If you do like it hot, you can still find those temperatures in September – just without the crowds.

With more availability once the height of summer is over, it’s easier to find your perfect destination. From quiet beach holidays to warm city breaks to something a little different, here’s our pick of where to head to in September.

The little lull of tourists in the beautiful city of Barcelona in September leaves you freer to enjoy it. La Ramblas is suddenly easier to walk down, and you can see the living statues without having to jostle for a photo. With temperatures at around 26C it’s pleasant, but not too hot. You also have the sea breeze wafting though the city in September, keeping things a little cooler.

For something really unique, catch La Mercè, an annual festival celebrating the Virgin of Grace, one of the patron saints of Barcelona. Though it began in the medieval times, today it involves over 600 (largely free) events taking place across the city – from outdoor rock concerts to the impressive formation of human towers ­­– from 23 to 25 September.

Sicily sees quiet beaches and less tourists in September, but it’s still balmy and warm at 25C. Steeped in Italian tradition, the island is also rich in its own history and endlessly interesting. In September the opera season begins, so if you’re a fan of live music performances, you can catch a concert or two. Late September is also grape harvest season and it’s the perfect time to take a vineyard tour and witness the annual harvest. The more comfortable temperatures in September also make it a great time of year to go hiking and see a little more of the island.

September marks the beginning of spring in Argentina. The ski season has just ended, and in the capital of Buenos Aires, temperatures are between 15-20C and rising, so it’s pleasant enough to discover this exciting city. For a break from city life, the rose garden is much quieter in September before the season gets going in January, and the roses are still in bloom. Another draw is the city’s Vinos y Bodegas, the city-wide event that aims to highlight celebrated wines and wineries from all over the country. Whatever you do, you’ll find this is when locals enjoy their city the most, so you’ll be enjoying it alongside them.

Istanbul is a city rich in culture and history, and in September you can see its aesthetic in all its beauty at the city’s major art fair. This showcases some of the greatest art of the region, and displays sculptures, paintings, installations and ceramics for visitors to peruse. It’s also a great time of year to enjoy bar-hopping, indulge in some incredible Turkish cuisine at your own pace, and shop in the Grand Bazaar without the struggle of too many people. Temperatures are around a perfect 25C, when the air stays warm after the summer heat.

September is an ideal time to be in the Big Apple. Temperatures remain very pleasant at around 25C, and you can feel the autumn coming with some cool air wafting through, bringing a delicious mix of left-over summer warmth and fresh autumn air. September is, of course, the most poignant time to visit the 9/11 museum and memorial site. New York in September is also synonymous with the ten-day San Gennaro festival, an authentic Italian American celebration of food and culture in Little Italy. You’ll find it’s mostly Italian Americans who attend the festival, so it’s a great way to get to the heart of this old New York community. September is also when the West Indian Day parade (New York’s version of Notting Hill Carnival) is held on the Eastern Parkway, Brooklyn, which sees over three million march in all their colourful glory.

Wherever you plan to head this year make sure to pack a Switched On Travel Insurance policy for total peace of mind. Get a quick quote here.