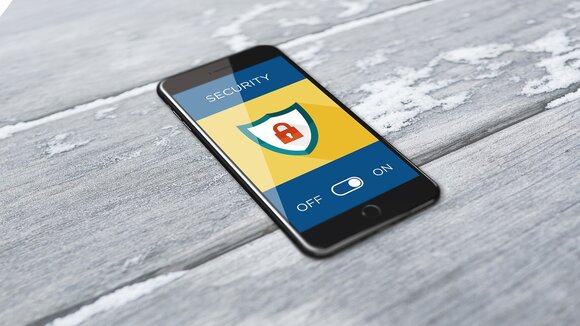 These days, our phones aren’t just our phones. They’re better described as mini-computers in which we store our life, contacts and memories. That makes it far more valuable than its monetary worth – which in itself can run up to four figures.

So keeping your phone safe isn’t only about avoiding having to shell out, or (if you’ve got insurance) make a claim for another one if things go wrong. It’s also about making sure you don’t lose information that’s vital to you, whether that’s irreplaceable photos that haven’t been backed up, or your NHS COVID Pass that you need for travelling.

And with data theft an important issue, it’s only going to be more critical to keep your phone away from the wrong hands. Here’s a rundown of the things to do to make sure your phone – and all your worldly info – stays safe and secure.

We hate to state the obvious, but it remains true that the best thing you can do to keep your phone away from light fingers is to keep it in a zipped pocket while out and about. This means going against what’s easiest, and not keeping it your hand, or in a tote bag, or a loose pocket, and definitely not in your back pocket. Just think about it: would you keep £500 cash peeking out of your jeans? If the answer is no, it’s time to get a bag or jacket with zips. It might be harder work to find one that suits you, or that serves the purpose for your outing, but it’s by far the most effective method for keeping your phone and other valuables safe.

Use a hands-free unit

As mentioned, it’s not a good idea to have your phone out while walking. But in a practical sense, that can be tricky. An option is to use a hands-free unit, like a Bluetooth speaker/microphone set. It means that we can walk and talk while keeping our phones out of sight. And if an opportunist can’t see a phone, they can’t snatch a phone.

It’s a small thing but getting a case can make a difference. For starters, it means that your phone is a little heavier, so if it gets swiped from your pockets or bag, you’re more likely to notice as it happens. Then if the worst does happen and the thief makes a run for it, it will be easier to identify the one that’s yours in a crowd.

Be aware of your surroundings

Another tip is to be hyper vigilant of your surroundings and treat your phone as if it were your wallet. An extreme example is if you’re on a dark street at night it’s probably not the best time to wave it around. But most often, threats will be less obvious. If you’re in a crowded lift and your bag contains your phone, keep it in front of you so you can see it. If you’re walking and texting on a pavement, do it away from the cycle lane in case someone whizzes past you and attempts to snatch it out of your hand. Also, if you’re enjoying an al fresco lunch at a café avoid having your phone on the table, and if that’s not possible keep it far away from street side – just in case it looks more tempting to a passer-by than the lunch itself.

Both iOS and Android phones have some pretty complex tracking systems now specifically to keep every phone with its rightful owner. As well as locating the phone on a map, you can erase your data so that no personal information can be stolen, or you can sign out of your accounts remotely. You can also display a message on the screen to let the thieves know you’re not playing (or less threateningly, give a number to call if it’s found).

If you’ve enabled tracking features then make a note of the IMEI number – and you really should do both, especially as the IMEI can help the police return your phone if it’s handed in – it’s a nice idea to label those facts clearly. That way, as soon as a thief has nicked it, they’ll be painfully aware that they’re handling hot property, and hopefully be smart enough to dump the phone there and then. Most petty thieves want easy lives and low risk, so being put under time pressure to erase the phone is an added complexity they don’t appreciate.

With the Crime Survey for England & Wales (CSEW) estimating that 325,000 individuals experienced mobile phone theft for the year ending March 2020, taking out mobile phone insurance from Switched On, with its 24/7 online claims system and fast replacements, means you’ll have the peace of mind that should the worst happen we’ll be there to get you back up and running quickly. Find out more here.