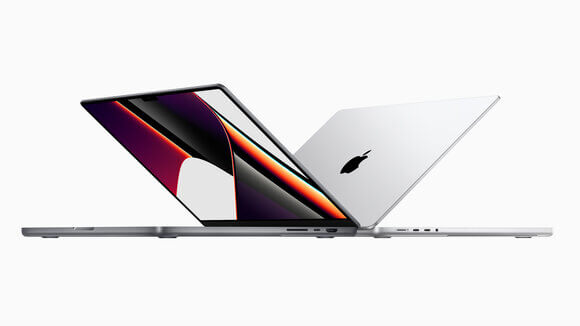 Apple Event Round Up – What Was Announced On 18 October

While Apple already wowed fans with their new technological advancements and famously contemporary design in their annual autumn launch of the iPhone 13 and other products – they certainly weren’t going to take the rest of the year off. They were merely biding their time before announcing the 2021 version of their extremely popular range of premium laptop, the MacBook Pro.

This year sees some wholesale changes to the kit including more ports and brand-new chips for quick and efficient running. As well as dazzling us with all these MacBook improvements, they also used the event to give the latest updates on the new AirPods, HomePod minis, and their lite Apple Music Voice subscription package.

Want to find out exactly what the Apple labs have been working on this past year? Read on for the lowdown.

MacBook Pros gets a revamp

Given that the WFH trend has brought laptops to the fore, we’re delighted to learn that the MacBook Pro has had its biggest revamp for nine years.

There’s a choice of 14.2in or 16.2in screens, and happily for heavy users everywhere, both have more ports than we’re used to: expect three Thunderbolt ports, slots for HDMI and SD cards, and the MagSafe 3 magnetic charging system. Apple have also ditched the touch bar on the keyboard, which is a good thing as it didn’t serve much of a purpose when keyboard shortcuts are ingrained in our typing fingers anyway.

Say hello to the third gen of AirPods

If you’re forever losing your ear buds, take comfort in the fact it’ll be an excuse to buy the third-gen of AirPods. For the most part they resemble AirPods Pro in form and function, with more discreet stalks, squeeze control, water resistance, surround sound, MagSafe charging, and Apple’s H1 chip to power them. They also share roughly the same battery life of four and a half to six hours depending on what you’re using them for. But don’t expect the Pro’s active noise cancellation on these new AirPods. Still, they’re well-priced (for an Apple product) at £169. They’ll be released on 26 October.

Added to the Apple bounty revealed at the event, the Cupertino company announced that they’re expanding their popular HomePad mini range. A smart speaker with a statement aesthetic to go with its excellent sound, it was previously only available in white or grey. But there’s more than a splash of colour in the range – we can now buy them in blue, yellow or orange. They’re available for £89 from Apple (or £99 otherwise), and they’ll be available from late November ­– just in time for Christmas.

Last but not least is the proposition of Apple Music Voice. This is an Apple Music plan that allows you to control music via Siri only. You’ll be able to give Siri complex instructions like ‘Play music for a dinner party’ to get the right sounds filling your rooms. You’ll also be able to skip songs on a playlist, and view listener recommendations. At £4.99 per month, it’s half the price of the normal Apple Music Plan, and ideal for those who like playing music as opposed to the more interactive stuff like creating playlists and sharing albums with friends. Now that sounds like music to our ears. It will be available at an unspecified date later this autumn – you’ll be able to subscribe by saying ‘Hey Siri, start my Apple Music Voice trial’ or by signing up through the Apple Music app.

If you’re looking for gadget insurance Switched On policies are packed with features for total peace of mind. You can pay monthly, or get two months free if you pay annually (T&Cs apply). Find out more here.