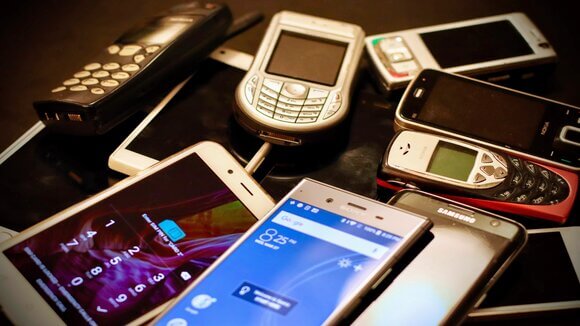 Tips To Become An Ethical Gadget-Buyer

With big, bold and much-needed promises taking shape in Glasgow as the world looks to COP26 to help combat climate change, it’s a time to think a little deeper about what we can all do to help. Sometimes, it’s not only about big gestures like buying electric cars. The small things can also add up, and with 6.3 billion smartphones in the world, and 20 million digital cameras sold a year, it’s time to see if our tech buying habits can be made a little more ethical.

That means thinking about sustainability, in all its forms, including environmental impact, but also expanding to the labour involved, the societal impact, and drain on resources. So if you want to enjoy your gadgets guilt-free, here are a few things to think about.

Consider if you really need a new gadget

It’s all too easy to get swept up in the latest craze when it comes to gadgets – often they’re just too swish and shiny to resist. Just when you think you have the perfect tablet, out comes one that has a useful, effective stylus to help turn handwritten notes into documents. Or when you’re starting that health kick, a fitness tracker seems just what you’ll need to keep yourself in check. Even though you might prioritise it over other purchases, it’s worth a check to see if you’re not acquiring gadgets that will be wasteful in the long run.

Think about fixing your old gadget instead

We might be tempted to get a new electronic toy to replace a current, worn-out one, but the truth is you might not need to. If you’re worried about a cracked screen, they can be replaced (just don’t forget that your repairer will need to have the thumbs up from the manufacturer or the claims administrator for your gadget insurance to stay valid). If your battery drains quickly, a new one will make it as good as new – you’ll likely need a new smartphone battery every two years, or a tablet battery every five years.

Or if your gadget is painfully slow and doesn’t respond like it did in its more youthful days, it’s not necessarily ready for the scrapheap. Instead, try clearing your storage (like photos, videos and apps) and reinstalling the operating system. Android users can even move their data to an external memory card.

Can you buy it second-hand?

Once you’ve decided that you definitely do need a new gadget, let the spending begin! To save both money and resources, it’s entirely sensible to look into buying the item second hand first. Gadgets that are one version old are usually a bargain: you can get them at knock-down prices but in nearly-new condition, and because you can do a factory reset easily, there’s a blank slate to start from.

Think about what, where and how you buy

Now that’s it’s come to the fore, we’re more clued up that every purchase has a carbon footprint and ethical costs. So see if you can find info on the sustainability of your gadget’s manufacturer – for example Apple have said they’re aiming to become carbon neutral by 2030. Then, consider where you’re buying from. Each major retailer has their own track record, and there’s certainly a strong argument that buying from an independent local retailer is better for individuals and the local economy than buying from online global companies. If you’re getting your gadget delivered, the quickest delivery time might not be the most environmentally friendly option so it’s a good idea to take a moment to look at what works out best for both you and the atmosphere.

Dispose of your old gadget responsibly

Another issue with buying a new gadget is that it means you’re going to have an old gadget – and this will contain materials like arsenic, mercury and lead that can be harmful if they’re found in the wrong place. Estimates suggest we’ll produce fifty million metric tons of ‘e-waste’ each year, so it’s important to make sure it’s disposed of correctly. Don’t just chuck it in the bin – check your council’s website for details of how to get rid of your electronic items. You can also trade it in if it’s in decent nick, or sell it second-hand. Charity shops, schools and universities may also be looking for donations. Just don’t forget to wipe all your data before handing it over to anyone.

Switched On gadget policies cover new, refurbed, second hand and gifted devices up to 36 months old (please see page nine of our policy wordings for full details). So if you’re looking to protect your gadgets, whether they’re new or pre-loved, get a quote here.