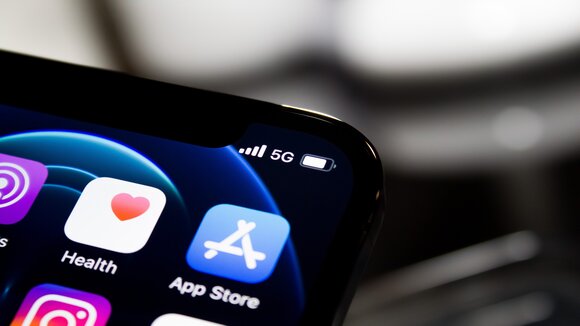 5G And What It Means For You

There’s been so much talk of 5G that it’s odd to think the technology isn’t yet widespread. But rest assured, it will be. And when we’re streaming videos while on the move, playing highly stylised video online, and downloading giant PDFs of restaurant menus (just us?), a faster and more reliable connection is a welcome development.

Now that Apple have launched their first 5G compatible phone, a year after Samsung, the momentum for 5G is gathering pace. But what does this mean exactly? What will the benefits be, and most importantly, how much will it cost? For those waiting to step into the world of 5G, here’s the lowdown on what it means for us.

5G is the fifth generation of wireless internet connection. It uses a wider range of radio waves, which improves upload and download speeds, lowers latency to be more responsive, and offers the ability to connect more devices at once – which is great news for city dwellers in particular. Remember how connectivity improved on your phone when you went from 3G to 4G? You can expect a similar leap forward with 5G, and it looks so advanced that it’s set to last us for years.

There are three types of 5G: low-band, mid-band, and high-band. The high band, in the 20-100GHz range, serves the fastest speeds, although in 2020 at the start of its rollout we haven’t quite reached that potential and we’re still largely operating at low to mid-band level.

For the foreseeable, it won’t fully replace 4G. In fact it still needs 4G to operate, and phones will need to fall back to 4G to make phone calls. But that’s all built in to 5G functionality, so you won’t even need to worry about that.

With studies from organisations including the World Health Organisation, Public Health England and the UK Health Protection Agency all verifying that 5G isn’t harmful to health when used with standard consumer devices, we can all feel confident that 5G is safe. Plus, low-band and mid-band 5G frequencies have been around for decades, and although 5G’s high-band wave is newer, its short waves mean that it doesn’t travel well, so it can be blocked easily – and skin does a good job of that.

How fast is it?

Depending on who you listen to, 5G is expected to reach peak speeds that are 20 to 100 times faster than 4G. So a HD film that would take you seven minutes to download with 4G could eventually take four seconds to download with 5G. That matters when we’re video conferencing way more, when things like media and video games rely on good streaming speeds, and our phone cameras take giant-sized photos, which are then uploaded to a cloud.

What else could it be used for?

Aside from all the stuff we’re doing today, the reliability and speed means that we can look to 5G for other purposes. It can cope with massive, quick downloads and uploads, so it could be used with VR headsets on the go, and it could take live mobile gaming to another level.  There are also practical purposes, like using it to monitor CCTV feeds or manage street lighting, and it could also be used for self-drive cars to communicate. That’s just the start – once the functionality has bedded in, the products will soon follow.

Which devices are 5G-compatible?

It’s only in recent months that major phones have come out with 5G technology, so don’t expect older phones to be able to benefit from 5G’s rollout. However especially now that the Apple iPhone 12 models have joined the market, there’s some serious competition out there. For Android users, devices like the Samsung Galaxy S20, Motorola Edge Plus and Sonia Xperia 1 II are all top choices. But expect the range of 5G compatible phones to boom now that 5G is hitting the market.

What networks have it and how much does it cost?

To compare carriers on a level playing field, we’ll look at coverage and SIM-only plans as of November 2020. EE, who were the first to offer 5G in the UK, now have it in 112 areas, and most of their monthly plans include 5G in the price. O2 have 5G in 75 locations and offer 5G as standard on all their plans. Three have 5G in 68 towns and cities, with 5G as standard on most of their plans. Finally, Vodafone offer 5G in 54 places, and six of their current 10 plans include 5G in the price. So there’s no real extra cost to access the new tech, yet the speeds it offers us will soon be game-changing. No wonder it’s hailed as a technological revolution.