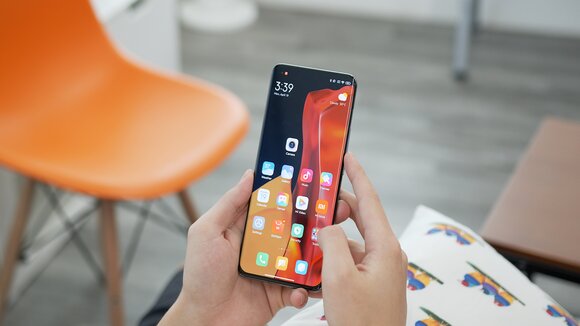 There’s no doubt that we have to do a serious amount of saving to get our hands on the latest phones. The good news is that stiff competition from the world’s biggest tech companies means that there’s more choice than ever – and more value for money to go with it. Take for example two of the most keenly priced new phones around: the Xiaomi Mi 11 and the OnePlus 9. Both are the companies’ flagship budget-busting phone, and full of useful features that stand them out amongst the crowd.

The question is, how do they compare to each other? In a phone showdown, which takes top prize for its price, performance and camera quality? We’ve pitted them against each other to see which provides more bang for your hard-earned buck.

That means that while they’re certainly in the same price bracket, the OnePlus 9 will save you up to a tidy £120 – which is not to be sniffed at. That said, the Xiaomi Mi 11 could well be worth the extra spend. Let’s find out more…

If you’re all about the size, you’ll prefer the Xiaomi: it’s larger at 164.3 x 74.6 x 8.1mm compared to the 160 x 74.2 x 8.7mm dimensions of the OnePlus. It’s top quality too: it has an aluminium frame and its front and back is made from Gorilla Glass Victus, arguably the best on the market. The OnePlus, meanwhile, uses plastic rather than metal, and the screen uses the older Gorilla Glass 5. The Xiaomi is arguably better looking – it has a slick design, and its rear cameras jut out for a 3D feel. That said, the OnePlus is decent in look, and while they have similar colours, OnePlus’s two-tone purple Winter Mist is hard be beat.

Again, if size matters, the Xiaomi has the edge with a 6.81in screen compared to One Plus’s 6.55in. Play your favourite video game and they’ll both boast a high-end 120Hz refresh rate, which means the image updates 120 times a second to give a smooth motion onscreen. It’s a bit of a battery-drainer though, which is why you can change the rate on the Xiaomi for when it’s not needed. To get that feature on the OnePlus, you’d need to upgrade to the Pro version. Another noticeable benefit of the Xiaomi is that it uses AI to improve videos (by artificially upping the framerate) and photos (by adding HDR). And the brightness of the phone is impressive – perfect for those sunny days out.

Both budget flagship phones have the Snapdragon 888 chipset, the most powerful chipset on Android phones. The Xiaomi is packed with great features that add to its appeal, like lots of customisation options, reverse wireless charging (so you can charge earbuds etc on the move) and the function to turn the phone into a TV remote. It’s the market leader when it comes to fast processing, but that’s part of why the battery doesn’t last as long as you’d expect it to – it’s likely to need charging during the day. OnePlus’s battery, on the other hand, is heavenly for heavy phone users – it will easily last one to three days, and it has warp speed charging that takes it from 0-100% in half an hour. Better still, OnePlus say the battery won’t worsen over time: it should last 1,000 full charge cycles while keeping at least 80% of its original capacity. When the battery eventually comes to the end of its life, it’s easily replaceable, which earns it extra sustainability points.

In the not so distant past, OnePlus wouldn’t stand a look-in when it came to taking a good snap. But they’ve partnered with experts Hasselblad to improve their pic taking abilities. While Hasselblad are yet to get involved in the lenses, it does mean there’s nifty colour correction and better photos in low light conditions. There’s no optical zoom on it for taking pics from far away, but it is adept at taking brilliant pictures up close – which is useful for #foodstagram. The Xiaomi doesn’t have an optical zoom either, and it doesn’t do quite as well in low light conditions. But it does have a unique ‘telemacro’ camera that you can use to get detailed images of small objects from relatively far away, and movie filters for professional-looking videos.

It’s a tough call, but the Xiaomi appears to be extremely good value – both in itself but also compared to the OnePlus. That said, for heavy phone users who’d forgo a few premium features in order to get the practicality of a long battery life and superfast charging, the OnePlus would pip the post. Given that they’re both well under the £820 you’d pay for the Galaxy S21, you can’t really go wrong…

Whatever mobile phone you choose if you’re looking to protect it take a look at Switched On’s great range of cover starting at just £4.25 per month. Get a quote today!