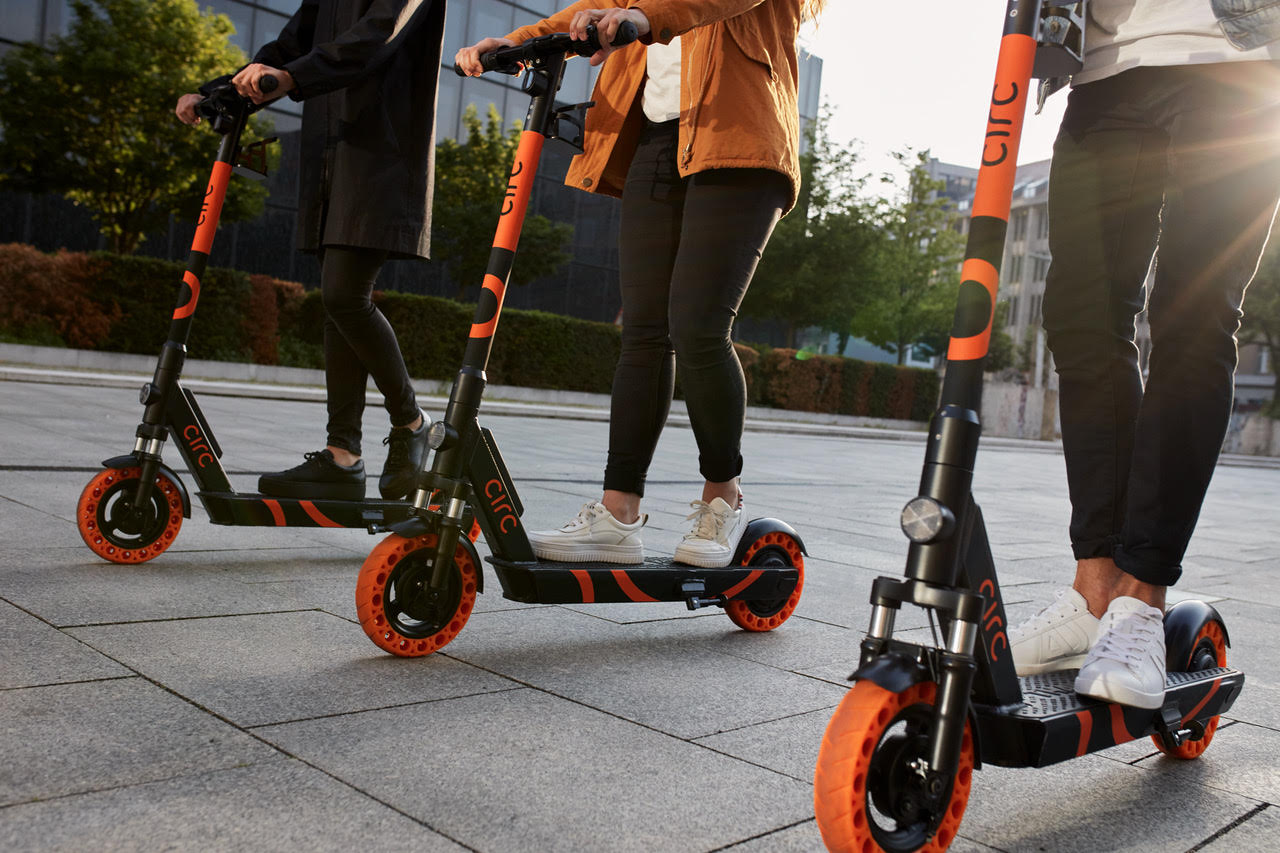 Circ define themselves as an enterprise that is ‘revolutionising urban mobility’. Their headquarters are in Berlin, Germany, though they’ve now got a presence in several major European cities. So far, they’re one of the world’s fastest-growing tech start-up ventures and are actively expanding their team at the moment.

Their concept centres around next-generation electric scooters, which can be rented out via an app, whenever the user needs to use one. The idea is to offer an eco-friendly alternative to driving or catching the train.

What sort of scooters?

The scooters developed by Circ are all electric, and are designed to be durable and easy-to-use. The 50-cell power pack means that each scooter can take travellers to destinations as far as 45 km away, and the kick-stand makes them easy to prop up against a wall when not in use. There’s even a cup holder to ensure that the morning’s take-away coffee doesn’t get spilt, and a phone holder to let users chat to friends while on the go!

The scooters have a variety of safety measures too, which is important as they’re used in busy urban locations. These include:

In order to use Circ’s scooters, the user must download the app from either the Apple Store or Google Play.

Via the app, the user can see where the nearest scooters are to them. They can also use the app to unlock the scooter, by simply scanning it.

After unlocking the scooter, riders can travel wherever they like, as long as it doesn’t exceed the scooter’s charge. The scooters are capable of running for long distances, so this wouldn’t restrict the typical urban traveller.

After the journey is complete, the user simply returns the scooter, then leaves a review via the app.

All scooter trips are fully insured (even in places where insurance isn’t required by law). They can also be locked using the app, which means they can’t be stolen by other people (even if the user wants to stop off to pop into a shop, for example). 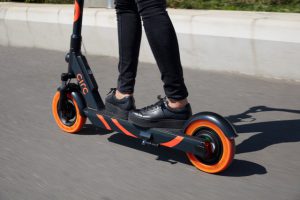 This tech start-up is largely aimed at:

At present, Circ operates in:

This tech start-up is seeking to resolve some of the major issues with urban transport. For example, congestion and slow traffic speeds are a serious problem for commuters, students and casual travellers alike. Circ’s scooters are capable of weaving through the traffic, which speeds journey-times up. It also means fewer people travelling by car, which in turn should reduce the levels of congestion.

Circ aren’t the only start-up offering ‘scooter-for-rent’ services. In fact, scooters are big news in many other European countries; particularly Germany. However, their slick app, combined with the ability to lock the scooter when not in use, gives them a real head-start in the marketplace.